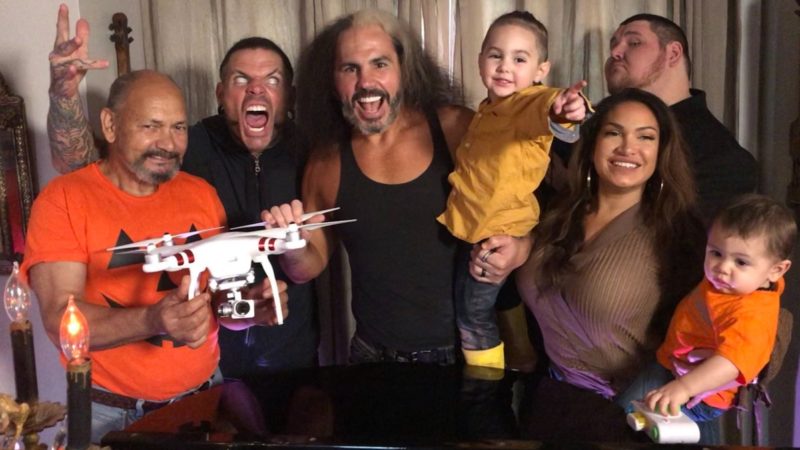 It was revealed earlier this week that the WWE Network was going to film a special or possibly the pilot of a series involving Woken Matt Hardy and his family. Now it seems that filming is underway.

According to Ryan Satin of ProWrestingSheet, filming has begun at the Hardy compound this week. The Woken One tweeted pictures of the crew that will be involved in the project, including Jeremy Borash, who was hired by the WWE earlier this year.

Borash was an integral part of the Broken storyline in TNA, and while Borash works with the NXT brand, it’s assumed that he was brought on to help Matt Hardy with his Woken Universe.

According to Pro Wrestling Sheet, this could be the pilot of a series for the WWE Network.