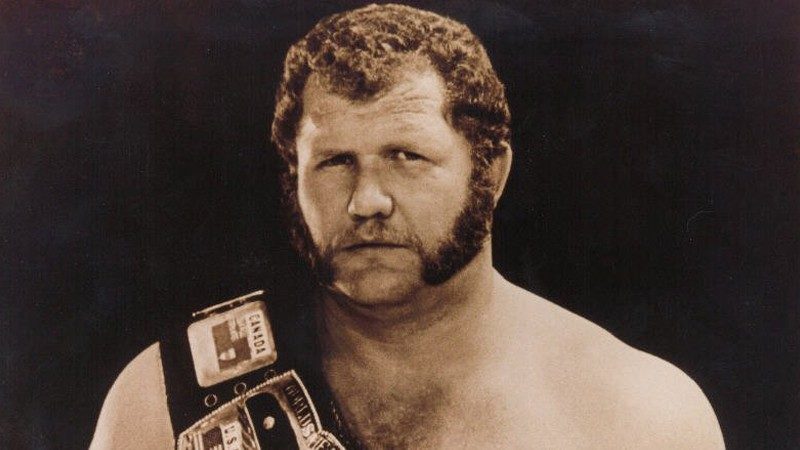 Harley Race, considered by many to be one of the greatest professional wrestlers of all time, sadly passed away earlier today at the age of 76. While the official cause of death has yet to be revealed, Race had been battling lung cancer for some time and was hospitalized mid-July before returning home last Tuesday.

In his illustrious career, Race captured titles across dozens of promotions, including the AWA, where he captured the AWA Tag Team Championship three times with his legendary tag team partner Larry “The Axe” Hennig between 1965 and 1967. With the National Wrestling Alliance, Race was able to win the NWA World Heavyweight Championship eight times, beating the likes of Dory Funk Jr., Terry Funk, Dusty Rhodes, and Ric Flair. He was also the inaugural NWA United States Champion.

His run in the WWF was highlighted by his time as “King Harley Race” after defeating Pedro Morales in the 1986 King of the Ring tournament. His time as the King of the WWF lasted for three years before leaving the company in 1989.

Harley Race also holds an interesting accolade that only five other men share with him. Not only is he in the WWE Hall of Fame, but he’s also been inducted into the NWA Hall of Fame, the Professional Wrestling Hall of Fame, and the Wrestling Observer Newsletter Hall of Fame.

Below are several tweets from past allies, enemies, and all that Race has inspired throughout his 30+ year career.

RIP to one of the greatest performers there ever was. He was a friend. You will be missed #HarleyRace #RIP

The wrestling world has lost another legend and I have lost a dear friend and mentor. RIP Harley Race. You are loved and will be very much missed. https://t.co/KDJzcQY2sI

Today We Lost Not Only A Great Personal Friend, But In My Estimation The One And Only REAL World Champion. Without Harley Race, There Was No Ric Flair. I Tried My Hardest Every Day To Live Up To His Standard In The Ring. pic.twitter.com/vUnQFuM0CT

WWE is saddened to learn that WWE Hall of Famer Harley Race passed away today at age 76. WWE extends its condolences to Race’s family, friends and fans. https://t.co/lO4OimLsSd

Sorry to hear about the passing of the great #HarleyRace!! He was One of the best… and the toughest to ever step in the ring…yet was a perfect gentleman outside of it. He always treated me with respect…despite… https://t.co/3cgGgy99Ky

On January 25th 1993 in met a great man who became a great friend and mentor. A proper man in and out of the ring. One of the true greats. Harley Race passed today. I will be forever grateful for the time I’ve spent with him.