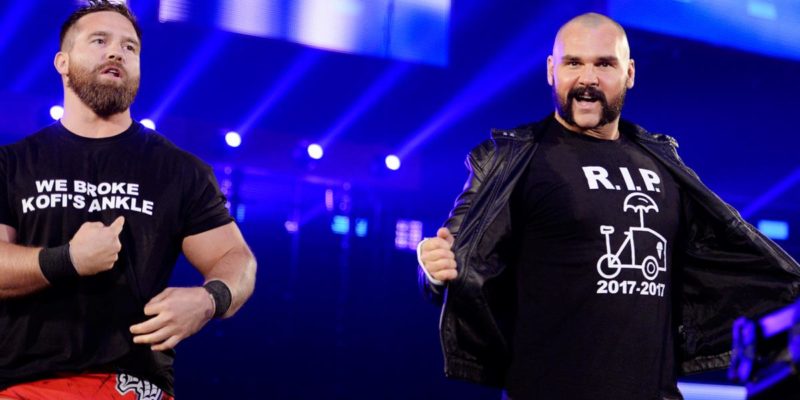 Scott Dawson and Dash Wilder, known collectively as The Revival, are considered one of the best tag teams going in wrestling today. Many fans, critics, and legends have drawn parallels between them and the Brainbusters due to their in-ring style.

In NXT, the Top Guys were one of the most dominant teams around, becoming the first ever two-time NXT Tag Team Champions, a feat which only one other team, Undisputed Era, has accomplished. Many expected to see great things from The Revival upon their main roster arrival, and it started out great with a win over the New Day. However, injuries plagued the two, and they’ve struggled to get near tag team gold since.

It seems that the frustrations of Dawson and Wilder haven’t just been for show, as it’s been reported that they have asked for their release from the WWE. Sean Ross Sapp put out a tweet which seemed to hint that they were on their way out of the company.

Body Slam‘s Cassidy Haynes has also released an article stating that The Top Guys are, indeed, out.  It’s also been reported that the duo has filed for the trademark for “#FTR.”

Dawson and Wilder have been stuck in a storyline with the Lucha House Party, who began wrestling on Monday Night Raw late last year. Repeatedly forced to look like fools due to, “Lucha House Rules,” both men have vented their frustrations on Twitter.

Considering the state of Raw’s tag team division at the moment, it’s possible The Revival saw the writing on the wall, and have decided to work somewhere else. Nothing has been confirmed as of yet, but while losing a team like The Revival might not hurt the WWE, it could definitely be a huge gain for another promotion.