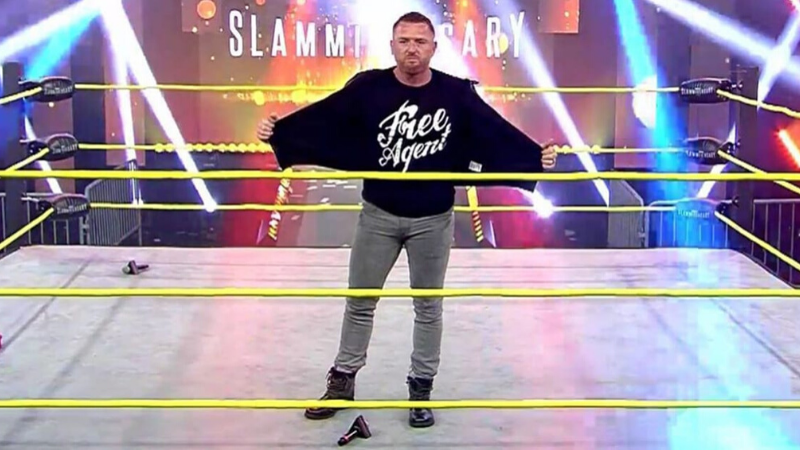 Impact Wrestling’s Slammiversary pay-per-view was certainly a night of great moments as it featured memorable debuts. One former WWE Superstar, in particular, made his debut in the promotion.

For a long time, many wondered which promotion Heath Slater would end up in. It seems fans got their answer during Slammiversary. Following the conclusion of the women’s gauntlet match, Heath Slater came down to the ring and addressed the Impact Wrestling fans. He said there will be surprises, “well, surprise!”

He then said he would have taken up the Rascalz on their offer but he preferred to have the spot in the Impact Wrestling Championship match.

Rohit Raju came out and interrupted Heath, who then laid him out and posed for the camera. It will be interesting to see how Slater’s run in Impact Wrestling goes.