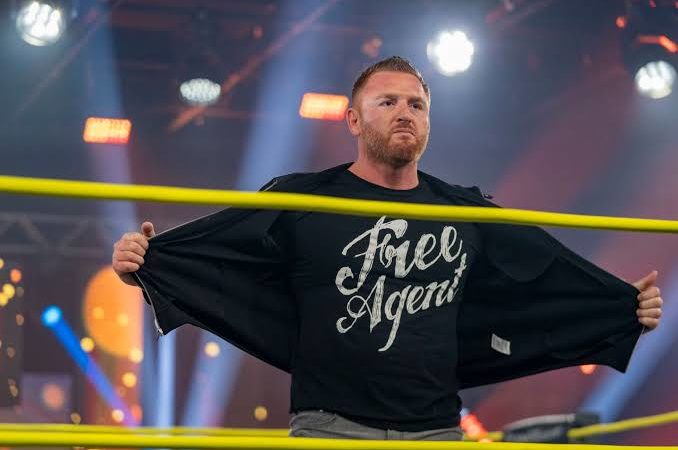 Heath Slater, the former WWE star opened up on the communication process in the company he recently joined, Impact Wrestling during an interview.

During the interview, Heath Slater recalled his stint in WWE addressing the company as ‘other places’ and talked about the communication gap he faced during his spell.

He then praised his new home of wrestling, Impact for being up front for the communication and he can directly speak with the boss.

“I can honestly say the communication there is amazing. Other places you would have to send an email and never hear back and if you go talk, you never get an answer. At Impact, it’s like one of those places where you can go right up to the Bossman and say, `Hey, this is what I think, this is what I think we should do,’ and then he’ll throw something and then you’ll throw something and then next you thing you know, you come to a 50/50 solution here to where it works for both teams.”

On the locker room experience, he said that everyone attempt to assist him and they work as a team. The former 3MB member explained that it was never about him but the storyline he is the part of and he wants to bring the best out of it.

“The good thing about the locker room is that everyone tries to help one another. It’s legit, like a fraternity, it’s a team. They try to help, they don’t try to one up. It’s about the match, not about yourself. I’ve always been like that in wrestling. It’s not about me, it’s about the match, what are we trying to tell, what are we trying to get over. That’s what it’s always been about for me, tell a good story and we both will win. It’s one of those things at Impact you can honestly see that the guys are all wanting to win and that’s where I think Impact is going to strive more than some of these other places. All I hear is Impact stories are good, the wrestling is good, it’s all good.”

Heath Slater was released from WWE on April 15. It is to be seen whether he faces the same fate as the previous members of 3MB(Drew McIntyre and Jinder Mahal) who worked and crawled up the ranks. Ultimately, winning the championship gold in WWE.