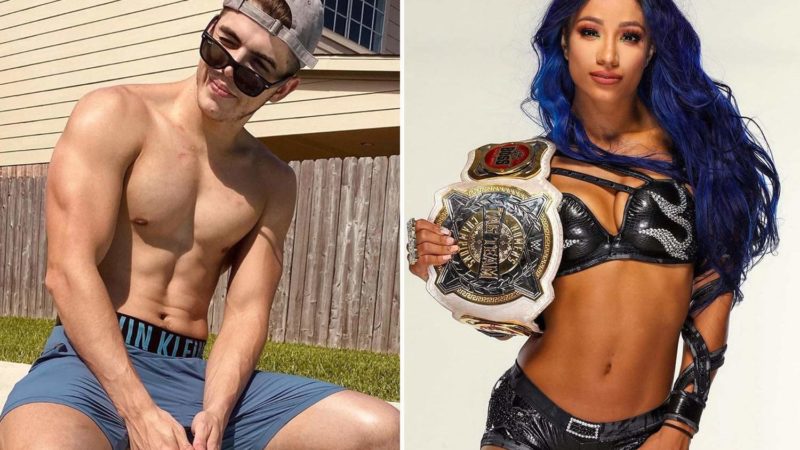 The #SpeakingOut movement is far from over. Several wrestlers have been called out for sexual misconduct. However, it seems their actions are not the only things that have been uncovered. Sammy Guevara had something very disturbing to say about a WWE Superstar when he was only 22 years old.

Guevara was a guest on The Whole F’n Show podcast on January 25th, 2016. During the podcast, he mentioned his visit to the WWE Performance Center. He was blown away by Sasha Banks but he expressed it in the worst way possible.

“Bro Sasha Banks, oh my god. When I was at WWE the other week I just wanted to go f*cking rape that woman.”

Guevara mentioned he was there as an extra and not for a tryout. WWE often calls up local talent when they are in the area if they need more people to fill extra roles such as security guards and the like.

UPDATE: Sammy Guevara has issued an apology via his Twitter handle and also indicated that he has spoken to Sasha Banks about his comments.

I’ve made stupid, inappropriate and extremely offensive comments in my past. In my idiotic mind, I thought I was being funny in using words and terms that represent nothing but horror and pain. I am truly sorry for my hurtful words and actions, and I will never forgive myself.

I also want to apologize to @sashabankswwe for my unacceptable comments. She’s an amazing person who didn’t deserve to be the brunt of my offensive remarks. I spoke with her earlier & she helped me learn a gigantic lesson & I thank her for that. Once again, I’m sincerely sorry.