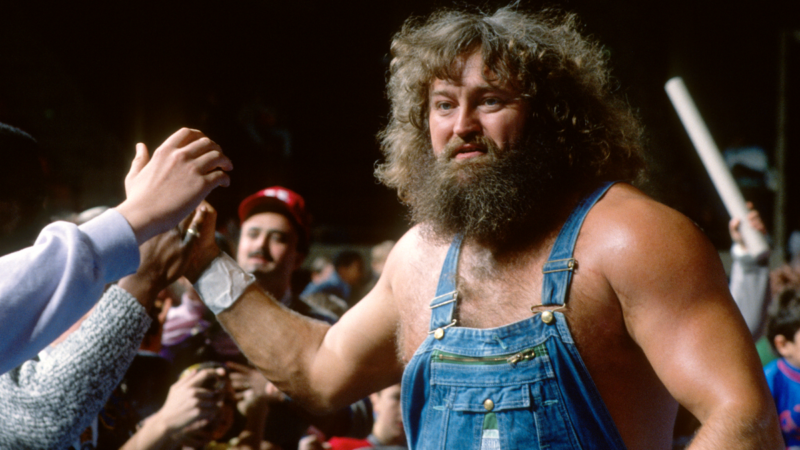 The latest inductee of the Hall of Fame is none other than James Morris, professionally known as Hillbilly Jim. Morris’s WWE, then WWF, career spanned seven years, feuding with the likes of Big John Studd and Rowdy Roddy Piper.

In 1984, Morris saved Hulk Hogan from a beatdown, jumping over the guard rails to assist the Hulkster. He would then train with the Heavyweight Champion for his debut match, and near the end of their training, Hogan gave him his first pair of wrestling boots.

Though he wasn’t taken seriously as a competitor, never winning a title in his entire career, he was nevertheless very entertaining. He’s remembered mostly for entertaining the younger fans during his time, dancing to his theme song and getting the audience to join in in their own ways, either dancing along with Jim or clapping.

Outside of wrestling, Morris worked as a road agent and ambassador for the WWE, as well as working as the official host for Wrestlemania XX’s Axxess tour. He also has his own show on Sirius Satellite Radio called “Hillbilly Jim’s Moonshine Matinee.”

Morris joins Goldberg, The Dudley Boyz, Ivory, and Jeff Jarrett in the 2018 class of the WWE Hall of Fame.