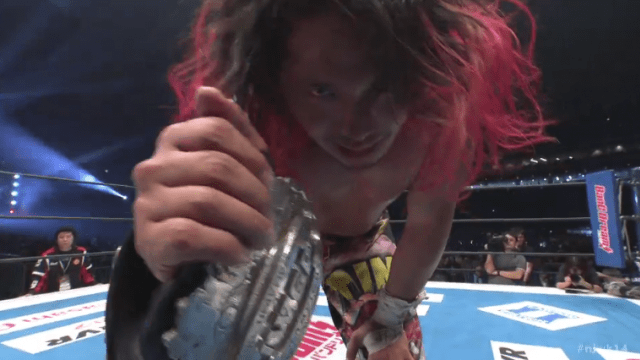 Hiromu Takahashi was on the shelf for over a year due to a career-threatening neck injury. He had to relinquish the IWGP Junior Heavyweight Championship. He returned during November of 2019 and challenged Will Ospreay for the title. They finally faced off during the first night at Wrestle Kingdom 14.

In what was a match of the year contender, both competitors pushed each other to the limit. Ospreay continued to work Takahashi’s neck throughout the match. After many near falls and hard-hitting manoeuvres, Hiromu picked up the win after hitting Ospreay with a new move.

He is now the new IWGP Junior Heavyweight Champion, the title he never lost.