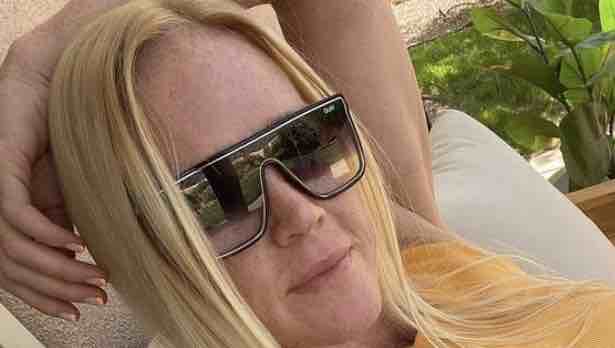 The former UFC Women’s Bantamweight Champion Holly Holm recently took to her Instagram account and posted a couple of pictures at a beach and the picture was shot from the backside. She was seen donning a bikini and enjoying the sea. Here is what she wrote in the caption:

Holm is certainly one of the fighters in the UFC who has achieved a lot. Another star who has been on the top is Amanda Nunes. She is returning to the octagon Saturday to try to avenge a recent loss. But becoming a beloved icon in her native country is no longer one Amanda Nunes’ concerns.

Nunes has defeated UFC stars between 2015 and 2021, but she still isn’t as beloved as legends like Jose Aldo, Antonio Rodrigo Nogueira and Cris Cyborg, the last of whom she knocked out in 2018.

“I think it’s because I live here [in the United States], and my career really started here in the UFC and in big promotions like Strikeforce,” Nunes said on Trocação Franca. “I had to leave Brazil, otherwise I would have stopped fighting already. You know how it goes, sponsorships and everything in Brazil.”

“When the opportunity came and doors opened for me, I went in, and thank God I became who I am. Maybe [Brazilians] like more those who stay in Brazil, I don’t know. Maybe they don’t like me — really, what can I do?”

Nunes, who still holds the featherweight crown, is set to battle Julianna Peña for the bantamweight title in the main event of UFC 277 in Dallas.