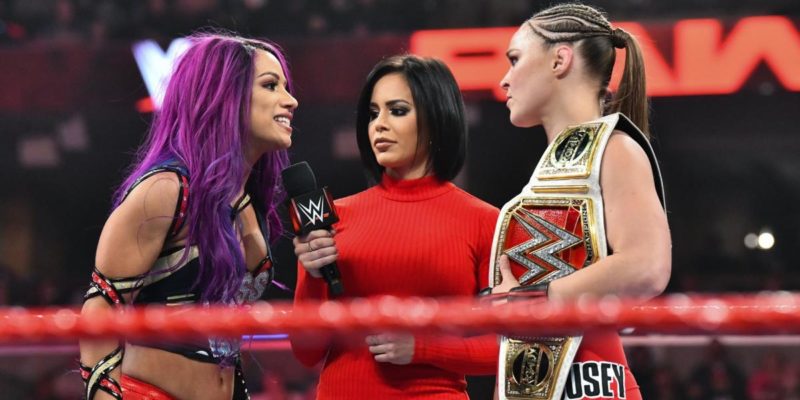 We noted before how the recent Sasha Banks vs Ronda Rousey feud went into an interesting direction when both the Women started referencing the four horsewomen of MMA and WWE.

However, it appears that this was just a way to fire up the things between the two Raw stars and even though Sasha threw up the Horsewomen sign after losing at Royal Rumble, WWE has no plans to do this feud in near future.

Dave Meltzer of F4Wonline recently talked about this feud and the horsewomen references and confirmed that WWE is not planning this bout anytime in near future:

“Ronda actually cut a promo about the Horsewomen vs. Horsewomen match [but] right now as far as between now and WrestleMania there is no plans for that. I had asked specifically.  but it’s not in the cards the next two pay-per-views right now. It can change, but anyway.”

It’s interesting to note here that Ronda was recently rumored to be leaving WWE after WrestleMania but the company planting seeds for this feud without having a solid plan indicates that they are confident about her staying with the promotion for the foreseeable future.