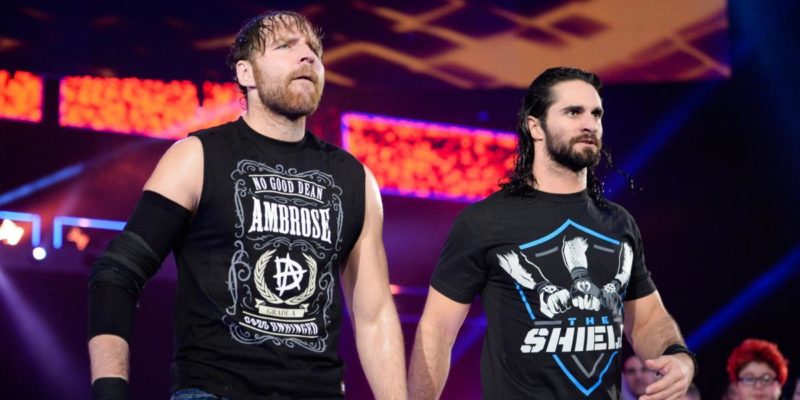 Seth Rollins and Dean Ambrose are two of the biggest names in the WWE and have been both friends and foes throughout their careers, even though Dean Ambrose will be leaving the company after April. Rollins recently spoke to E&C’s Pod Of Awesomeness where he revealed how he got Dean Ambrose hired by WWE.

Rollins was unimpressed being a part of WWE when he first joined FCW. They couldn’t draw and Rollins simply didn’t fit in with the company. Then WWE decided to look into an indie talent named Jon Moxley and this changed everything.

“I was there and I felt kind of alone and after the first year they actually hired Joey Mercury on as a producer and Joey was like, ‘We gotta switch this man, we gotta change. This culture down here sucks. We gotta find guys who are passionate about the business. That’s how we get better, you know?’ So one of the first people he reached out to me about to ask if I had any opinion on was Dean Ambrose.”

“[Mercury] had seen his promos on YouTube and Ambrose — if you go back and watch some of Ambrose’s promos as Jon Moxley on YouTube they’re just captivating. He had kind of a Joker-esk type thing to him like a Heath Ledger-type thing to him. They were so raw and guttural and his voice — he was one of those where you couldn’t not listen to him.”

“I’m like, ‘Yeah dude, I’ve met him once or twice and he’s great you know full-sized human being he’s not 5’ 2″ or whatever […] I was like, ‘Yeah give him a shot and let’s do it’ and when they brought [Dean Ambrose] in and he got hired we started working together and you’d think we were in the womb wrestling together like it was so unique and so perfect. It was one of my wrestling soul mates.”

Seth Rollins and Dean Ambrose’s partnership went beyond FCW, as it developed more in NXT and then they were called up to the main roster as 2/3rd of The Shield. The rest is history.

Since Ambrose will be leaving WWE after April, we might be seeing him use his old indie name once again, if he decides to wrestle. We will have to wait and see what happens.