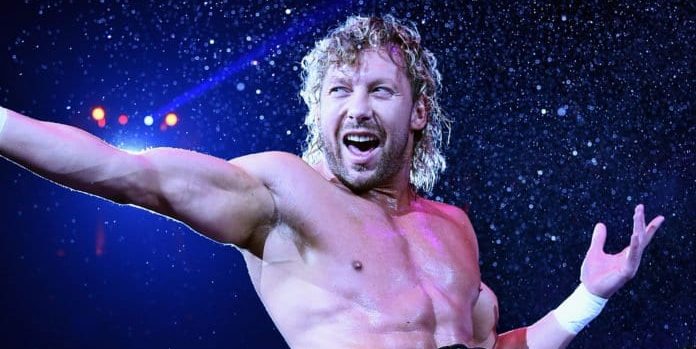 All Elite Wrestling has announced and officially confirmed another huge singles match for this week’s episode of Dynamite, as Kenny Omega is confirmed to be defending his AAA Mega Championship against AEW sensation, Sammy Guevara.

AEW took to Twitter and announced the addition of Omega vs Guevara for this Wednesday night. The match will be added to a card that already features Cody Rhodes vs Jimmy Havoc and Luchasaurus vs Wardlow in a Lumberjack Match.

Wednesday on Dynamite – the @luchalibreaaa Mega Campeón Championship is on the line as challenger @sammyguevara takes on the champion @KennyOmegamanX.

Having won the AAA Mega Championship at Heroes Inmortales XIII from Rey Fenix, Omega will be putting his title on the line for the first time in Dynamite, as The Inner Circle’s Sammy Guevara looks to win his first title in his AEW tenure so far.

As for ‘The Cleaner’, the reigning AAA Mega Champion has already successfully defended the AAA Mega Championship Dragon Lee and Jack Evans, the latter whom he defeated on an episode of AEW Dark.

Come Wednesday night, AEW promises to put on another amazing show, despite the global crisis that has affected the Pro Wrestling business due to the coronavirus pandemic.