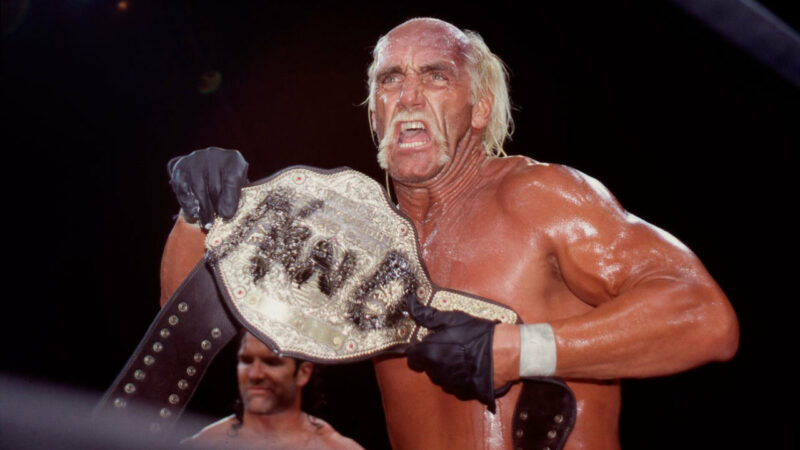 Hulk Hogan will remain in history as one of the most legendary names in professional history – both as the red and yellow good guy that ushered in the era of ‘Hulkamania’ and as the ever-so-cool villain as a member of the New World Order. Hogan would spray paint the WCW World Heavyweight Championship the night after defeating The Giant [Big Show] for it at WCW Hog Wild 1996 in a classic encounter. This WWE legend recently said that Hulk Hogan ‘needs prayers’.

Now, Hogan is selling a replica version of that same title. However, this particular belt is the very same one that he walked out with during night one of WWE WrestleMania 37 along side his NWO comrades – Kevin Nash and Scott Hall. The belt, which can be signed by Hogan via request is being sold on his Hogan Beach Shop website for a staggering seven-thousand dollars.

According to the website, the item in question is described as the following. Hulks Hall of Fame Induction Belt “SOLD” super fast, So now his Night 1 WrestleMania 37 belt is for sale. Comes With a COA this is a 1 OF 1 belt. There are no other like it. Send us a message or contact @Hogansbeachshop and let us know if and how you want the belt signed…” If you are interested in this product, it can be bought HERE.