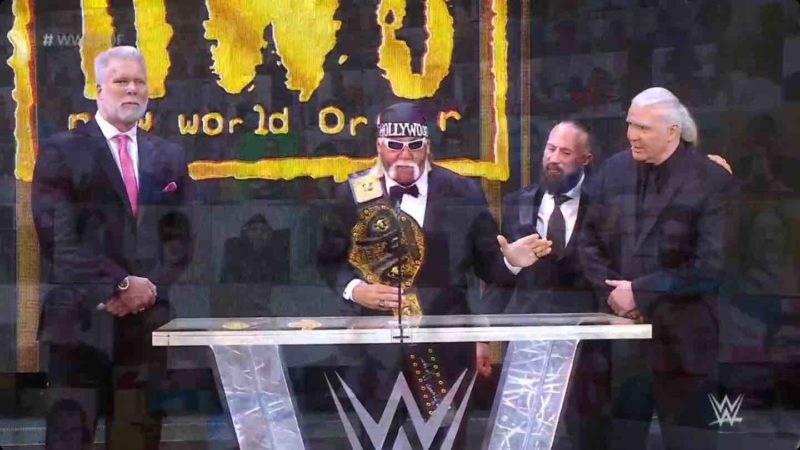 Hogan beat Jeff Jarrett at Bash at the Beach 2000 when Jarrett laid down for him, and he then left WCW. Booker T beat Jarrett later that night for the WCW Title after Vince Russo’s infamous worked shoot promo.

PWInsider recapped, “Hogan said the nastier they became and the worst of bottom-feeders they became, the more WWE fans loved them. He said he sells tons of NWO merchandise every day at his store in Clearwater. Hogan claimed he was never beaten for the WCW World title belt.

Hogan told them they needed to make another run and said after the first main event and the second main event goes down, the NWO should be waiting in the wings to teach everyone a lesson. Hogan said it was wishful thinking but everyone knows the NWO is for life and now in the Hall of Fame, they are for life.”