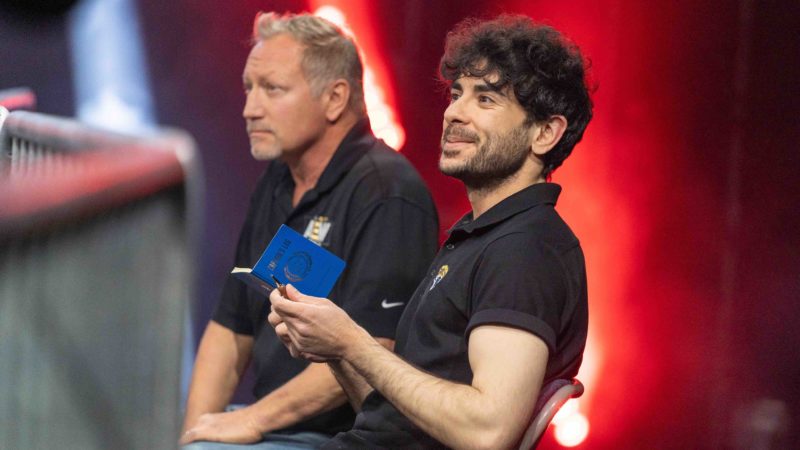 Impact Wrestling made quite the impact this week as the latest edition, which saw the emergence of AEW wrestlers Private Party and Matt Hardy in a surprise appearance boosted the Twitch ratings for the show significantly.


Impact grew from 6k to 7.6k during the Matt Hardy segment and the show boasted around ten thousand live viewers on Twitch. Tony Khan, Jerry Lynn, and Tony Schiavone also made special appearances.

Impact grown from 6k to 7.6k, mini bump for that segment. We'll see if it keeps growing.

In other news regarding the Impact Wrestling/AEW Invasion, during a recent edition of Renee Paquette’s ‘Oral Sessions’ podcast, AEW president Tony Khan revealed how the invasion was pitched by none other than AEW World Champion – Kenny Omega.

Khan stated: “It was Kenny’s idea. He asked me about it, and I love good ideas. I don’t do every idea. But this is something that Kenny brought up that I thought was a great idea. He put a lot of thought and time into this. I give 100 percent of the credit to Kenny.”

Khan continued: “Don Callis and Kenny have a very close relationship and, you know, I think that was behind it, but I also think Kenny believed that Don would be a very powerful advocate for him; the role of a really, really strong heel manager for Kenny as the top heel in the territory,” he added. “Really, I think Kenny is the top heel in wrestling right now.

I think that’s what people wanted to see… I think people were really ready to see this Kenny Omega. He was excited to present it. He put so much thought into innovating and changing. That’s why I think the two best wrestlers in the world are Kenny and Jon [Moxley].”