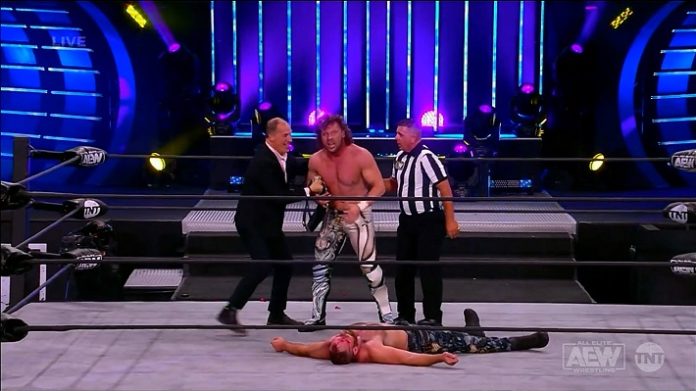 The ending of this week’s episode of Dynamite was a surprising one. Following his huge World Title win, Kenny Omega left the ring with Don Callis and exited the building. Before they got into the limo, Don Callis said that fans will hear all about what just happened this Tuesday on Impact Wrestling.

It seems AEW and Impact Wrestling have formed a partnership. Callis already commented on what happened at Dynamite as he said: ”AEW screwed AEW”

@AEW screwed @AEW . Hear all about it this tuesday on @IMPACTWRESTLING on @AXSTV . Thanks for the invite @TonyKhan https://t.co/PxKrD78Tch

It seems other Impact Wrestling stars have also commented on this newly-formed partnership. Jordynne Grace was certainly excited about it as she took to Twitter and showed her support.

“Hahahahaha I’m just finding this out now, this is dope as hell.”

Hahahahaha I’m just finding this out now, this is dope as hell 🤣🤣🤣

Scott D’Amore also commented, telling fans to tune into the next episode of Impact Wrestling next Tuesday.

See you TUESDAY!
Tuesday for @IMPACTWRESTLING on @AXSTV for #IMPACTonAXSTV the 1st place you can see the new @AEW World Champion @KennyOmegamanX!#AEWDynamite #WinterIsComing https://t.co/opyaNAnre0

We will have to see what happens on next week’s episode of Impact Wrestling.