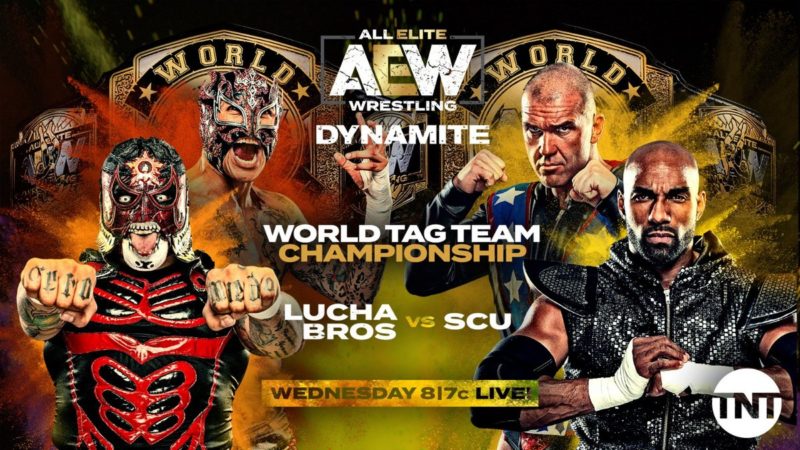 The AEW World Tag Team Championship Tournament finals played out in the main event of AEW Dynamite. Throughout the month, the field narrowed down until we were left with SoCal Uncensored and the Lucha Brothers.

It was an exciting contest, and at several points, throughout the match, it looked like the Lucha Brothers were going to walk out with the gold.

Kaz suffered a nasty powerbomb through a table during the bout, which saw his head bounce off against the guardrail. He would recover, however, and help Scorpio Sky shock the world.

Fenix and Pentagon set up for their finish, only for Scorpio Sky to roll up Pentagon while Kaz held Fenix away from the pinfall. With that, the company’s first World Tag Team Champions were crowned.