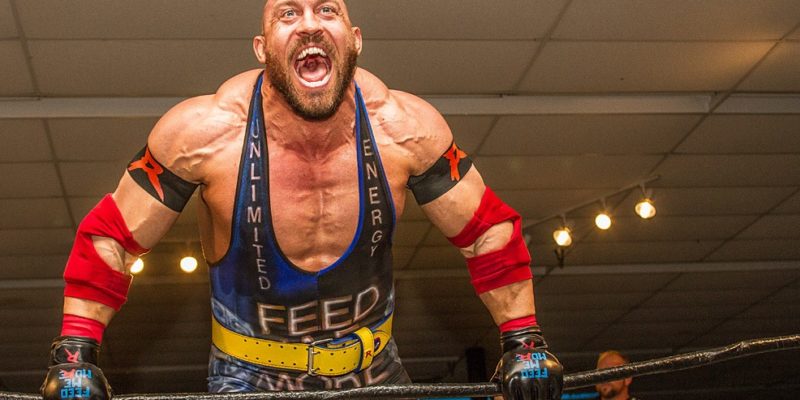 On a recent edition of his podcast Conversation with The Big Guy, former WWE Superstar and current independent wrestler Ryback accused indie wrestlers of ruining the sport.

Ryback aka Ryan Reeves was associated with the WWE since 2004 in its developmental territories and would eventually make a mark on the main roster as well.

Nevertheless, the 35-year old parted ways with WWE last year following which he’s been performing on the independent circuit.

Regardless of the fact that he himself is an independent wrestler, as of now, Ryback had some stern words for the current crop of indie performers-

“Independent wrestlers are ruining wrestling. It has carried over to WWE, and Hunter (Triple H) and Vince (McMahon) have allowed it to happen. It’s controlled more up there. This isn’t to say that every independent wrestler, but this is one thing that I have ripped on (John) Cena on personal things for the most part, but Cena always was really good at selling the basics really well. One punch and he would sell it, and that is what Rip (Rogers) was alluding to,”

Weighing in on the recent ‘…dive’ controversy fuelled by Randy Orton, Ryback agreed with Orton and Rip Rogers’ views about indie wrestlers sabotaging the sport of pro-wrestling.

Regardless, a certain indie performer thy name Gran Akuma took notice of the Big Guy’s critical comments, and took to social media to troll Mr. Ryback-

I feel for the Rybacks of wrestling. They dedicated their lives to becoming what WWE wanted, and then WWE suddenly wanted something else.

As of the time of this writing, Ryback is yet to respond, if he chooses to that is, to Gran Akuma’s post-

Both Ryback and Gran Akuma currently perform on the independent professional wrestling circuit. Honestly, everyone has the right to voice their opinion. And we ought to respect both Ryback and Akuma’s take on the recent ‘…dive’ fiasco.

Perhaps, we may get to see the Big Guy take on Akuma at an indie show nonetheless…Ryback vs Akuma in Chikara maybe?