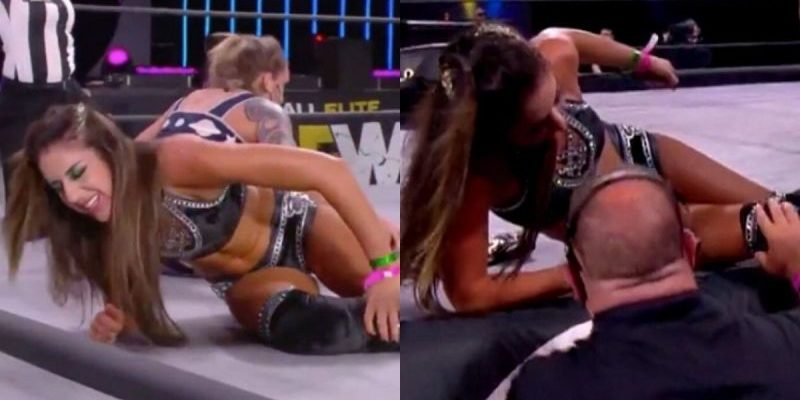 During the go-home episode of AEW Dynamite before Double Or Nothing, Britt Baker competed in a tag match. She took a hard spot during the match, which saw Nyla Rose falling onto her knee. This might have resulted in a knee injury.

Baker went off for an MRI. It was said that Britt Baker might have suffered a torn ACL. An injury as serious as this could see her put on the shelf for nine months, if not longer.

According to Bodyslam, an injury update was provided. It was said that her knee was “pretty bad.” So it seems she might not be able to compete at Double Or Nothing.

I reached out to my sources within AEW today and inquired about Britt Baker’s health status following her injury on last night’s episode of Dynamite, and was told that she had her knee heavily wrapped up today and that it hurts pretty bad. I also asked about her status for Double Or Nothing and if she would be able to wrestle, and was told “personally I doubt she will be good.. but who knows.”

Baker is scheduled to compete against Kris Statlander at AEW Double Or Nothing, but that match is in question now. It was certainly very unfortunate timing for the injury to have taken place.