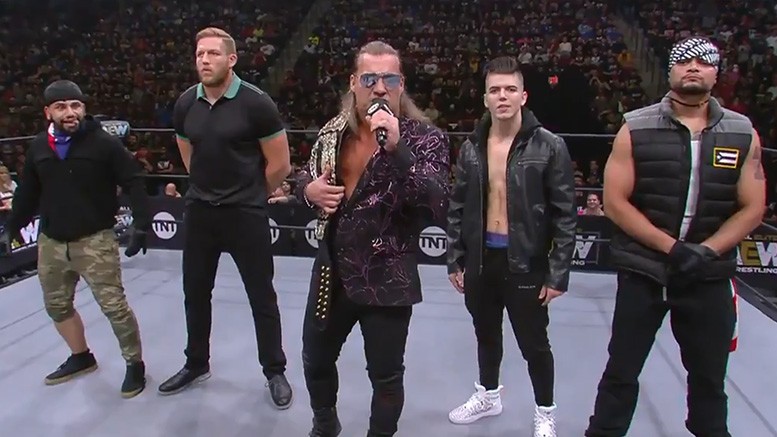 Chris Jericho defended his AEW World Title against Cody Rhodes at AEW Full Gear. He was successful in retaining his title, owing to MJF throwing in the towel.

Following the match, Jericho took part in the post Full Gear media scrum. He said that the Inner Circle can win all the titles in AEW and that includes the Women’s Title. He was then asked which female wrestler he would like to include in the Inner Circle.

Jericho said there are a lot of great female wrestlers in AEW and praised Nyla Rose, Jamie Hayter and Bea Priestley in particular. In terms of joining the Inner Circle, he said that they do not control the members, but it happens “organically.” He said that it was his vision to bring together five “killers” and added that if there was a woman who fit the requirements, the Inner Circle would definitely bring her in.

Perhaps we will get to see a female wrestler join the ranks of Jericho’s stable in good time. They are certainly dominant in AEW right now.