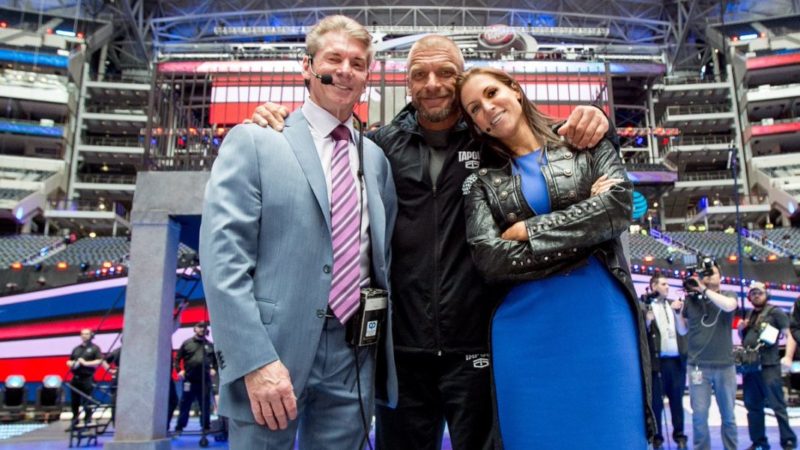 WWE can be a polarising company at the best of times, and recent low ratings show that the company is struggling during this global pandemic.

Unfortunately for the company, it is not only fans who are starting to express concern. Investment experts Brandon Ross, Richard Greenfield and Mark Kelley of technology, media and telecommunications research firm Lightshed Partners have released a detailed report on WWE, criticizing the creative process and advising that no one should be buying WWE stock right now.

… at the end of the day, the company eats on its Raw and SmackDown television contracts. The domestic renewals for Raw and SmackDown were a financial game-changer for the company. And the reason the stock crumbled is because international deals did not follow the same trajectory and came in net down from the last round – despite the gaudy social media figures.

This is not changing anytime soon. We do not see a clear path to better economics than the TV ecosystem is providing for WWE content or for any sports or sports-like content. Perhaps the tech giants will one day get more deeply involved in the arms race for live sports / live entertainment and precipitate an accretive model change. But more than likely if they do get involved at all, it would also be to compete for the exact or similar programming that WWE is providing today.

All of this tells you one thing: the margin for error for WWE content is going to be lower than ever – especially the content on these two shows.

The content has not resonated. Ratings have been disappointing essentially since the current deals were inked. Declines in television viewership have been part of the problem, but sports / live have held up better than the rest of the ecosystem. And, one of the reasons the current partners were willing to pay is that WWE itself was holding up much better than the rest of TV (FOXA also fortuitously sold most of its assets to Disney and WWE fit with its programming strategy).

COVID-19 has clearly compounded the problem. We absolutely do not want to minimize the impact from COVID. WWE is reaction entertainment and no live audience hurts. A look at the ratings across AEW, NXT, Raw and SmackDown shows all were impacted negatively by the virus. That being said, AEW and NXT ratings have actually been climbing back. In July, AEW was up 11% versus April on average. NXT has notably improved against both March and April in the past two months. Meanwhile, both Raw and SmackDown have taken another leg down in the past month, with Raw down 10% and SmackDown down 8% compared to the prior month and both down 15% compared to April. Understanding seasonality in the WWE calendar, we looked at the ratings in terms of year-over-year declines. In July, Raw ratings have been down 37% and SmackDown down 6% (even with SmackDown’s move to Fox broadcast). Of note, Raw viewership has made fresh all-time lows multiple times this summer.

Ratings are likely set to decline further as sports returns, especially with the NBA coming back on Thursday night. WWE has had a sustained period with less live competition and that is coming to an end.

COVID or no COVID, creative appears to be at the center of the issues. Vince McMahon has acknowledged things need to change multiple times. However, while there have been short lived experiments, the content appears to continuously return to a similar formula under his absolute control. McMahon went so far as to hire creative heads for Raw and SmackDown a year ago, with Paul Heyman heading Raw and Eric Bischoff heading SmackDown. Neither are in their roles a year later. Bischoff was fired after four months on the job and Heyman was relieved last month. The role is now consolidated under Bruce Prichard.

One of the largest problems we have identified is an inability to create new Superstars. Every era of WWE wrestling has been defined by some key stars at the top. Recent years have been bereft of that star power, with Roman Reigns the closest but never on that same level. More broadly, there really has been very little younger talent that have broken through at all on their way to replenishing even the middle level of stars in the men’s division. This has made the company more susceptible to injuries / absentees of major stars. Much of the talent with drawing power is aging. And, the big draws for major events have been in bringing back even older wrestlers such as Goldberg and The Undertaker. That is a band-aid, not a long-term strategy.

It seemed that McMahon had identified this problem and may be committed to solving it through Raw. On last quarter’s earnings call, he spoke about Raw:

‘Raw has suffered, but not necessarily because of the environment. It’s suffered because we bring in a lot of new talent into Raw and it takes a while to get these new talents over. We no longer have Brock Lesnar obviously, but we have a new champion and a lot of new performers coming in too at Raw. It takes a while. So that’s the reason and how you use those performers in this story or that story, what happens. So with new talent, it’s just going to take a little while. I’m convinced though that Raw’s ratings are going to bounce back considerably.’

We believed that the strategy with Heyman was to work towards building this talent, even if it took time. That seemed like an important change. However, seven weeks later Heyman was gone. Since that time, Raw’s focus has again shifted more heavily to much more established stars. It has not worked; as we mentioned viewership declines are accelerating again.

WWE has a few years before entering back into Raw and SmackDown negotiations. There is time to fix the roster, especially with a development pipeline in NXT; that brand is meant to be more than just a competitor to AEW. A longer-term approach, even if ratings return more slowly, is probably the right prescription. Perhaps NXT creative head, Paul Levesque, could be helpful in helping right the ship.”

All eyes will now move to WWE’s annual earnings call soon, but no doubt stories like this will be a concern for WWE CEO, Vince McMahon