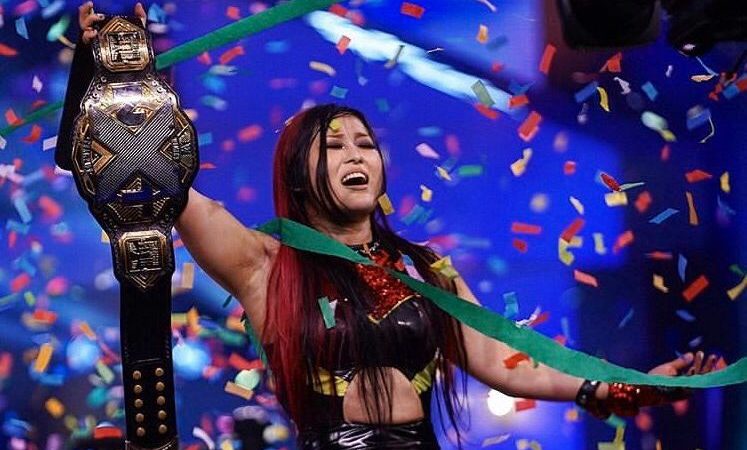 Io Shirai defeated Charlotte Flair and Rhea Ripley at NXT TakeOver: In Your House to become the new NXT Women’s Champion. This will be Shirai’s first title reign in the WWE.

After the show, Shirai took to her Twitter account to thank the WWE for believing in her and her potential as a Champion regardless of race and nationality. Shirai said that her chance has finally arrived and called WWE her family.

I have nothing but the utmost respect & gratitude for WWE, who always believed I could become a champion, regardless of race or nationality.

Tonight, my chance finally arrived.
I don’t have a tag partner, but I definitely have a wonderful family & home.
💖#WWENXT 💖 pic.twitter.com/lsratbTuAp

Shirai then addressed her Japanese fans in another tweet which was written in Japanese. She said that it took her a long time to be crowned but now she will steadily make a road upwards.