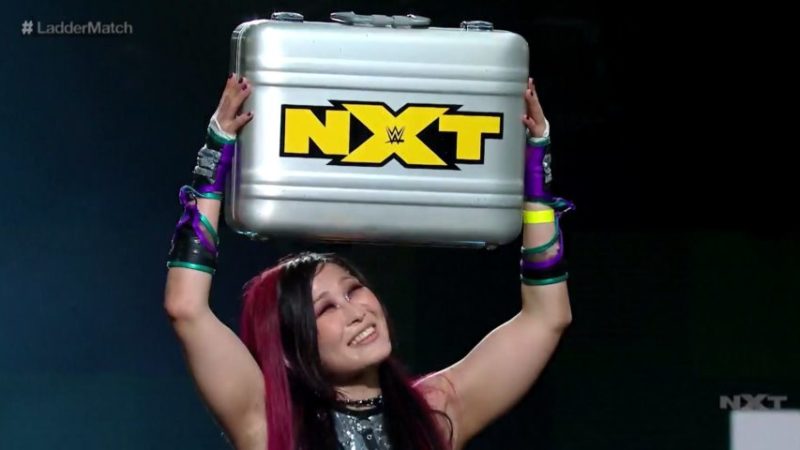 The 2020 Women’s Royal Rumble was pretty stacked all around. This match really reaffirmed just how deep WWE’s women’s roster actually is. A lot of that had to do with the eleven NXT Superstars that took part in the bout.

Bianca Belair, Candice LeRae, Mia Yim, and Shayna Baszler were among a long list of impressive talents representing the Black and Gold brand. However, there was another NXT talent that was supposed to take part in the match.

In an interview with Tokyo Sports, Io Shirai revealed that an injury suffered the week prior kept her off the Royal Rumble event.

“I had a match with Toni Storm before Royal Rumble. When Storm hit a tope to me at outside of the ring, my knee had bent to the wrong direction. I was scheduled to participate in the Royal Rumble.”

The injury kept Io Shirai out for a few months before she returned to NXT in March, quickly becoming the #1 contender to Charlotte Flair’s NXT Women’s Championship. She’ll challenge the Queen this Wednesday.