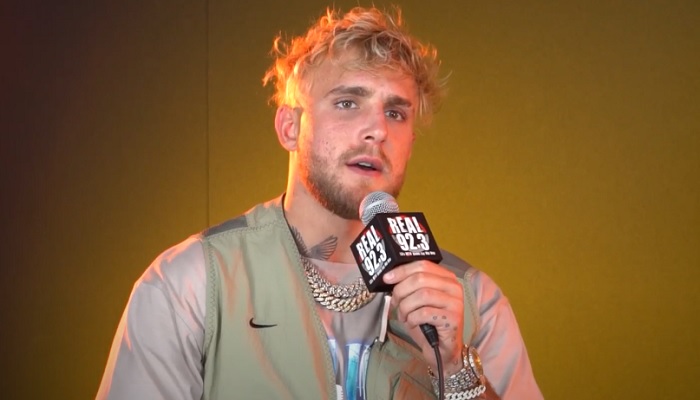 Jake Paul, who recently took to social media to post a video of himself doing a little sparring ahead of his upcoming August 29 showdown against former UFC champion Tyron Woodley at Rocket Mortgage Field House in downtown Cleveland, Ohio. He wrote:

“Tyron is getting added to my sleepy meme collection Sunday August 29th be there in person Ohio or watch live on PPV.”

It turns out YouTubers are not the only celebrities who are getting into the boxing ring as Rapper Blueface made his boxing debut and won the match, but influencer Paul is not impressed.

The influencer boxing trend was started by YouTuber and British Rapper KSI and Joe Weller. But, it was KSI’s rivalry with Logan Paul that got the huge attention of the fans.

Rapper Johnathan Jamall Michael Porter (also known as Blueface)  notably took on TikToker Kane Trujillo in a bare-knuckle boxing match on July 23 and won by unanimous decision, but that was far from the highlight of the evening. Oscar de la Hoya Daughter Drops Vitor Belfort Bombshell

A fan also got some hands from Blueface after walking into the ring, who was later charged with “trespassing on an occupied structure.”

According to sources, Paul reportedly stated that names like Blueface and rapper 6ix9ine aren’t that much of a draw in any respect, boxing or otherwise, because “all they do is go to the studio and do drugs.”

Blueface was quick to fire back at Paul as he responded in a video clip. He said:

“It’s funny that he says that, being somebody that came from the Entertainment side to the boxing world. It’s real shallow of him to not view it that way. That’s like somebody coming into the music industry, rapping funny to everybody else, and then I’m bashing him, too, even though that’s how I came up.He’s a total clown for that. If anything, he should have said, ‘Hey, that’s how I started, so I would watch somebody that’s… you know? Same difference.He looks like an idiot. I think he’s full of himself right now. I think he thinks he started his life out boxing. Like he’s really believing that. He’s got about, what, two, three fights? Come on, bro.”