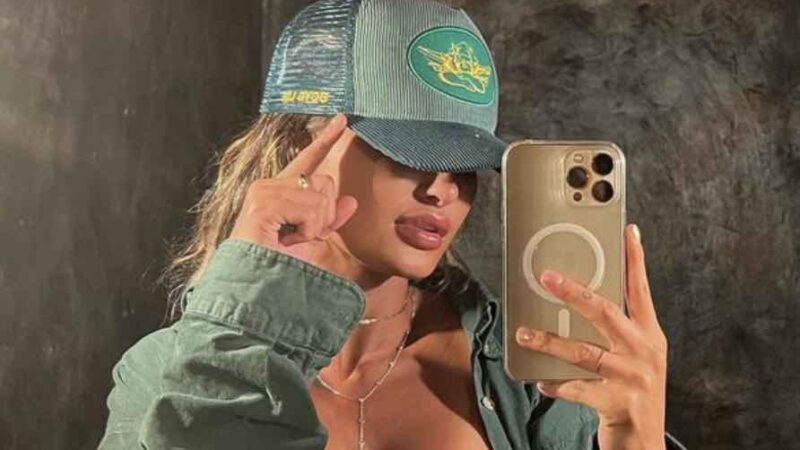 The YouTuber-turned-pro-boxer and combat sports star Jake Paul has once again made it to the headlines. He has gained worldwide & global popularity with his YouTube videos and now he has transitioned into a pro-boxer. But he is a controversial figure on social media. The eagle-eyed fans are always looking out for the happenings in the star’s life and it was speculated he might have split with Julia Rose.

Well, it seems he has split with his Instagram model girlfriend Julia Rose as per the reports of Page Six. It has been also noted that the pro-boxer might also have both thoughts and feelings. It has been reported that Paul has been out and about in Miami telling his friends that he and Rose are indeed done. “He’s devastated,” said the insider. Julia just posted a dressing room photo on Instagram at a store.

It was added that:

“The brave little soul has “moved on with other girls” but that “still in his heart she was the one.””

They added: “He would like to get back together with her and maybe they will, but they both need to slow down their lives.”  Paul was spotted having what appeared to be a heart-to-heart talk with buddies at Miami Beach restaurant Papi Steak as the reports suggest.

Paul’s pro-boxing record is now sitting at 5-0. Previously, Paul told fans in Los Angeles that Julia was pregnant, seemingly in a bid to convince them to leave the couple alone. Before he fought Tyron Woodley for the first time last August, Jake Paul said he and Julia were taking their relationship seriously.

‘The Problem Child’ is on a hiatus from the ring to promote stablemate Amanda Serrano’s blockbuster fight with Katie Taylor in April. He is expected to return in August or September but has yet to settle on an opponent.