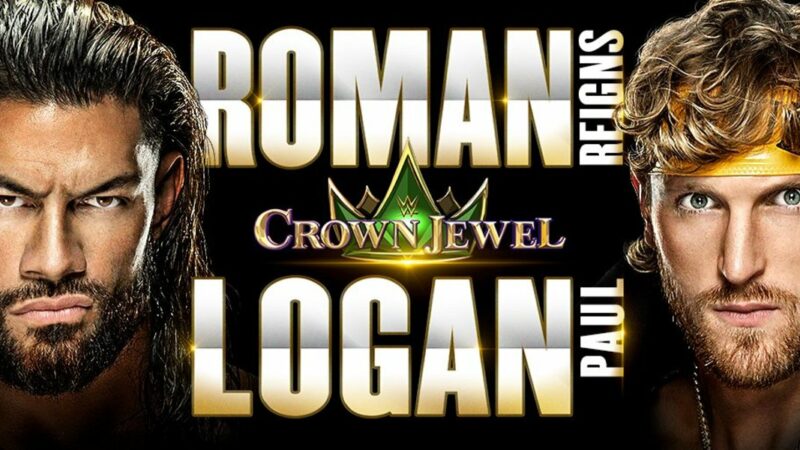 Jake Paul might arrive in Saudi Arabia to support his brother Logan Paul, who is set to get a shot at Roman Reigns’ Undisputed WWE Universal Championship at the Crown Jewel 2022.

Reigns was a guest on Paul’s podcast, “Impaulsive,” and before the show ended, the popular YouTuber revealed that he wanted to face Reigns and claimed that he could beat ‘The Tribal Chief.’ ‘The Maverick’ had also called out Roman Reigns to a press conference during the latest edition of Friday Night SmackDown. ‘The Tribal Chief’ appeared at last night’s Las Vegas press conference. The title match was made official for the Crown Jewel Premium Live Event.

Jake Paul says he might come to Saudi Arabia

Here’s what he said:

“Logan is the definition of anything is possible. 2 matches in WWE and he’s challenging for the belt. I might have to come to Saudi Arabia for this,” he tweeted.

Logan is the definition of anything is possible. 2 matches in WWE and he’s challenging for the belt. I might have to come to Saudi Arabia for this. https://t.co/fQkoSWIPTI

On this week’s edition of Friday Night SmackDown, Logan Paul came out and called out Roman Reigns. His promo segment was interrupted by the ‘Wiseman’ Paul Heyman, who made his return to on-screen programming and The Bloodline.

During the segment, Heyman mentioned Logan’s accolades and also mentioned his brother’s upcoming boxing match against former UFC middleweight champion Anderson ‘The Spider‘ Silva. The segment came to an end with the Maverick sucker-punching Sami Zayn and exiting the ring.  The Problem Child had also claimed that his brother would easily knock out the Head of the Table Roman Reigns.