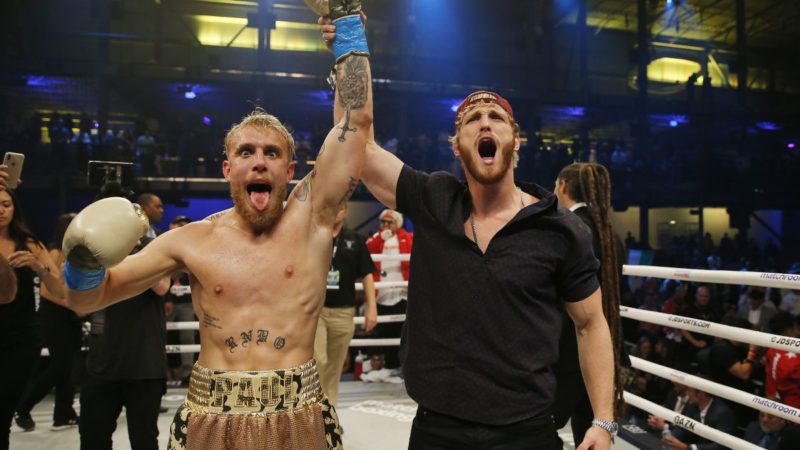 Is Jake Paul about to join his brother, Logan Paul in the professional wrestling game? The official Twitter account for the WWE Network recently posted a video that showcased the Paul brothers sparring on the way of the mega match between Sami Zayn and Kevin Owens at WrestleMania 37. Zayn also crashed the session to attempt to spar with the Logan and Jake but was locked out of the gym while trying to get his workout gear. You can view the video below. Logan Paul ‘angered’ big WWE names backstage.

In other news concerning the off and on run in buddy of the Paul brothers, Sami Zayn was recently interviewed on the Gettin Better with Ron Funches podcast. On this podcast Zayn discussed a time where he blew up and yelled at a WWE writer, instantly regretting the decision. Credit to EWrestling.com for the transcript.

Sami Zayn hated this ‘surprising’ Kevin Owens match. Not to pull the curtain back too far here but, literally last week at WWE television on SmackDown, I was having a real bad week. I was really frustrated about a lot of little things and they were just adding up and I could feel myself getting angrier and angrier throughout the day and I was really working on reining it in, and then finally, a guy who I was — one of the writers was helping me with something, came in and he gave me something and it was like the straw that broke the camel’s back and I kinda lost it on him a little bit and as I was losing it on him, I was apologizing because I was saying, ‘This is not directed at you. This is misdirected anger. I’m sorry, I can’t deal with this right now. It’s too much.

I just can’t put up with this right now’ and I kinda talked down to him, but I immediately apologized but I still felt like, ‘Ah, it caught me a little bit’ because as I did it, I knew I’m talking this way to this guy because I know I can get away with talking this way to this guy, right? I couldn’t talk to Vince McMahon the way I just talked to this guy and my whole thing is I don’t ever wanna talk one way to somebody that I wouldn’t wanna talk to somebody else. That is again, sort of this principle thing that I have for myself. Just because you can abuse someone or treat someone worse because they’re lower on this made-up totem pole, doesn’t mean you should, right? If that’s something you believe. It’s something I believe and I think we all believe that on a philosophical level or on a conceptual level, yeah, we can all agree on that but in practice and in reality, you see it every day.

EXCLUSIVE: @SamiZayn paid @LoganPaul & @jakepaul a visit, but ended up getting into a sticky situation! 😬 pic.twitter.com/rZ2ZTznZHZ