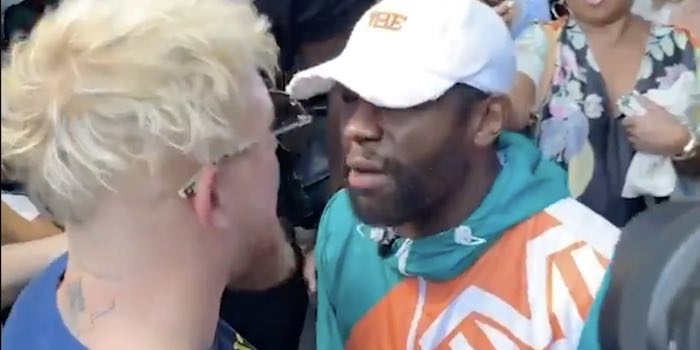 
Now, as it turns out he is not banned from the bout that is set to take place tonight. Mayweather Promotions CEO Leonard Ellerbe has confirmed the news.

Jake Paul to attend the bout

Jake had stolen had caused a turmoil at the press conference last month when he sparked a brawl after he stole Floyd’s hat.

Jake had later announced that he had been banned from the event and vlog footage showed Logan being informed of this decision. Logan Paul ‘Disturbing’ Floyd Mayweather Bet Leaks

It’s unclear if this was a miscommunication or if there’s been a change of plans but Jake will be there for the bout.

When asked if Jake is banned from the event, Ellerbe made it clear: “No.”

Regarding how Floyd felt after the incident, Ellerbe told reporters:

“P***ed.Nothing about that s*** was staged.Jake Paul, he might’ve planned it,didn’t know nothing about it.When he came up, if you see me standing there, I’m motioning for him to come in, ‘Get him in, all he’s doing is talking s***. would’ve never expected him to do that.There’s a price that you’ve gotta pay when you do dumb s***.”

We will have to see who will come out on top as both the men will try to knock each other out.