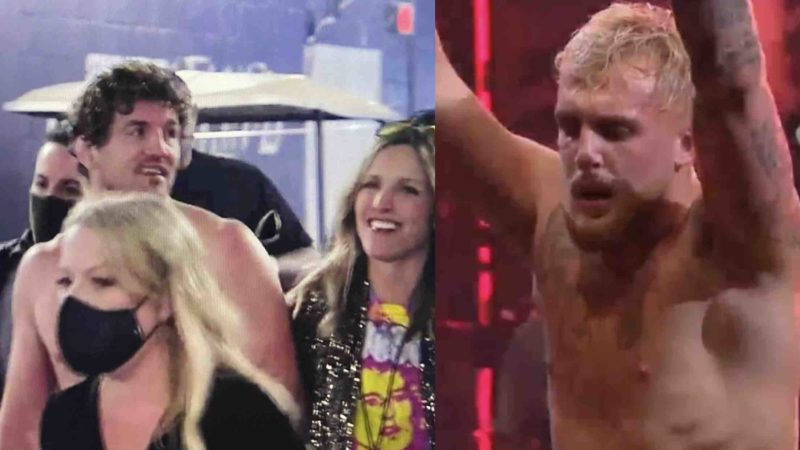 The Jake Paul vs. Ben Askren Triller Fight Club PPV had a writer listed in the credits named Bert Marcus. You can view a photo from the credits below. WWE Called Out ‘Rigged’ Jake Paul Fight.

“He told me I would knock (Askren) out in the first round. He said he had a vision, a dream. This has been the hardest 10 days of my life (since Bolivar’s death). I had to hold it together to keep this fight going. And I’m just honored to be here.’’

Paul said he proved his teachers and classmates from his youth wrong, “Just a couple of years ago, my teachers were making fun of me in class, telling me I can’t do nothing, telling me I wasn’t smart, my schoolmates making fun of me,’’ he said. “I used to landscape. I just had a dream. I chased it and I worked hard and to think that I’m here standing next to these legends, legends right here, it’s unbelievable.”

“I knew Ben was going to sit there like a typical MMA fighter and just have no head movement and his body was going to be wide open,’’ Paul said. “And I’m just too powerful.

“The cows in Ohio produce a different type of protein and when I’m sitting there bailing hay since a 10-year-old, I just got some real thick (expletive) in my arms.’’