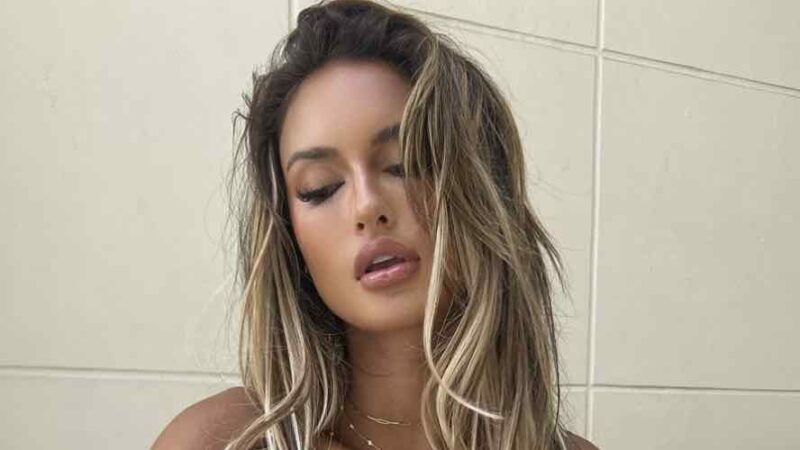 The YouTuber-turned-pro-boxer Jake Paul and model Julia Rose had seemingly split after being in an on-and-off relationship over the last couple of years. Rose was regularly seen ringside during Paul’s fights in the last year. She often drops pictures on Instagram and this time around she took to the same platform and dropped a couple of pictures wearing a bikini.

The couple are believed to have recently split, with Instagram model Rose removing Paul’s name from her social media handle, which now reads ‘JuliaRoseforPresident’. ‘The Problem Child’ had also released the song, “I’m Single” in 2019 to mark a breakup from his then-girlfriend, Tana Mongeau. Since then he has started a relationship with model Julia Rose. The two have posted photos with each other on Instagram throughout the last two years, and even sparked rumors of an engagement in January.

On February 24, 2022, Paul wrote on Twitter: “Alexa, play ‘I’m Single’ by Jake Paul.” Outside of this tweet, neither Jake nor Julia have offered any other comment on the situation, with Julia’s Instagram handle still reading ‘Julia Rose Paul’.

Paul’s pro-boxing record is now sitting at 5-0. Previously, Paul told fans in Los Angeles that Julia was pregnant, seemingly in a bid to convince them to leave the couple along. Before he fought Tyron Woodley for the first time last August, Paul said he and Julia were taking their relationship seriously. Paul is taking a break from the ring. He is expected to return in August or September.