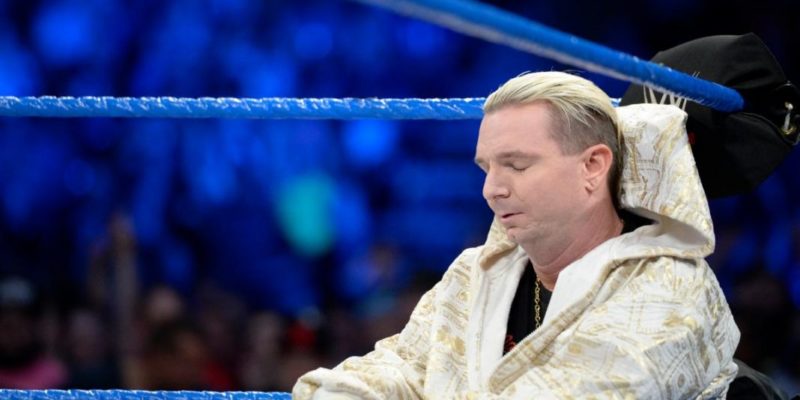 Paige, the General Manager of SmackDown, looked to announce AJ Styles’ opponent for Summerslam. However, she was cut off abruptly by one  James Ellsworth. Ellsworth demanded a shot at Styles’ WWE Championship and threw jabs at the Champ.

Ellsworth then turned his attention to Paige and took shots at her appearance and her accent. Paige declared that she’d had enough of Ellsworth and went on to fire him. Security came in and escorted Ellsworth to the back.

Paige literally kicked Ellsworth out of the building, possibly indicating the end of his latest SmackDown run.