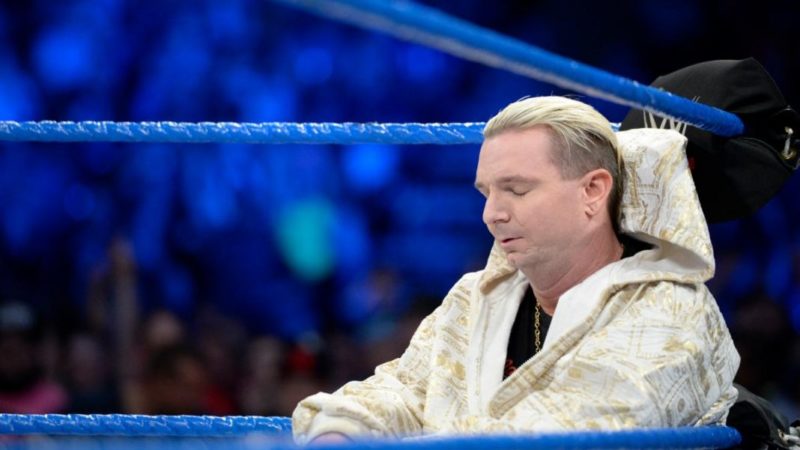 James Ellsworth had quite an impressive run in the WWE. In his first stint with the company, he went from being a punching bag for Braun Strowman to picking three victories over AJ Styles. The Chinless Wonder, while not taken too seriously, found himself in the midst of two big SD Live storylines – Dean Ambrose and AJ Styles battling for the WWE Championship, and Carmella’s rise in the women’s division.

While Ellsworth was released from his contract back in November, he was brought back at Money in the Bank to help the Princess of Staten Island retain her championship against Asuka. Though, his time with the company seems to have finally come to an end.

On Tuesday, Smackdown General Manager Paige fired Ellsworth after he repeatedly insulted her. Ellsworth has since been trying to get the hashtag, #RehireEllsworth going. However, he also put out a statement, thanking the WWE for giving him the opportunity to do what he loves on that platform.

Two years ago today I stepped in the ring with @BraunStrowman on #RAW and my life since then has changed!

Enjoy the read, RT me your feedback and remember use the hashtag #RehireEllsworth !! .. pic.twitter.com/85z3XwGcaH

No matter your opinion on Ellsworth, it’s been great to see someone like him get his time in the sun. He didn’t have the look or the skill that most fans look for in the WWE, but his character work earned him some good time, and pay, from the biggest wrestling company in the world.