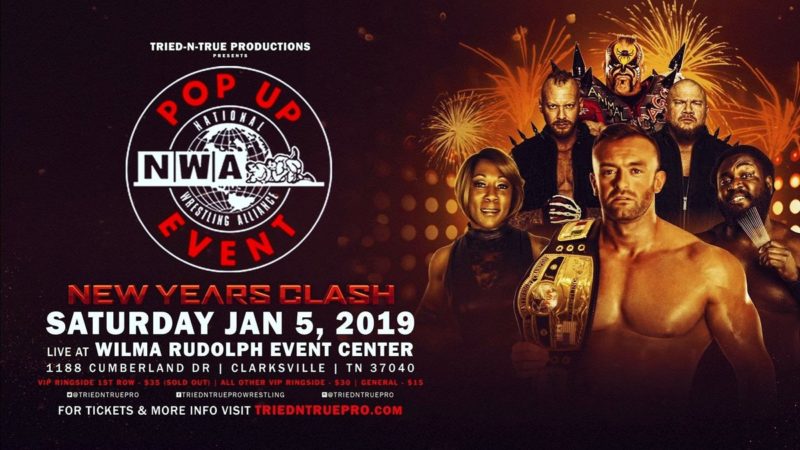 James Storm is getting a chance to challenge for one of the most coveted titles in professional wrestling next month. The Cowboy will take part in NWA’s first-ever “Pop-Up Event” on January 5th, where he’ll challenge Nick Aldis for the NWA World Heavyweight Championship.

The National Wrestling Alliance will host the event in Clarksville Tennessee next month. NWA National Champion Willie Mack and NWA Women’s Champion Jazz will also put their titles on the line at the event.

Challenging for the @NWA Worlds Heavyweight Championship at #NWAPopUp Event on 1/5/19 in Clarksville, TN is…..@JamesStormBrand

In a video shared by NWA, Storm recalled the history of the NWA in Tennessee, hyping up his showdown with Aldis.

Billy Corgan plans on doing more Pop-Up Events in the future and hopes that this will be the next big step in bringing the NWA back to the mainstream audience.