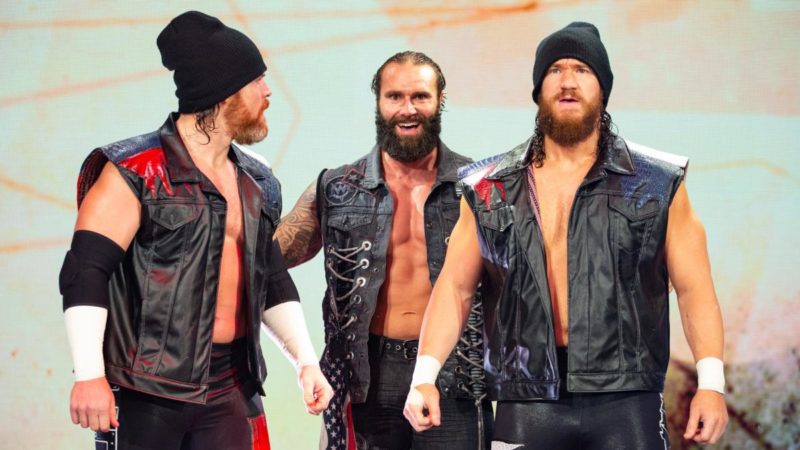 Jaxson Ryker has confirmed that he is still employed by WWE in a new tweet where he reached out to Wesley Blake.


Blake tweeted, “One door closes, another opens. Thank you to all who have help me along the way. Much love.” Ryker responded, “Much love brother.”

One has to wonder if Nick Khan is influencing these firings. On an episode of the Vince Russo hosted ‘The Nitty Gritty Dirt Show’, Vince spoke with Billi Bhatti about a multitude of happenings within the professional wrestling world.

Billi Bhatti is best known for being an ex-WWE creative member and the former head writer of Sportskeeda.

On the newest ‘The Nitty Gritty Dirt Show’ episode titled “HOW MUCH OF A [email protected]#$ WILL WRESTLEMANIA TURN INTO?” Russo starts off the Vince McMahon part of the discussion by speaking about Cardi B hosting WrestleMania 37 to bring back the “eleven to eighteen year old demographic.”

Russo: “Here’s what I don’t understand, Billi. We’re talking about a product (WWE) that is the unhippest, uncoolest, thing perhaps on television, okay?

Russo continues to scathe WWE’s move: “Okay, bro! What do they do when Cardi B goes away? Do they actually believe that people are going to stay with this product?”

Billi pauses and follows up: “Well, eleven to eighteen year olds, they might.” “That’s the plans to bring them back (because) this has been the bread and butter of this company for a while.”

Billi: “According to (Nick) Khan’s mandate,” “It will say on the website through credit cards- Billi Bhatti, age thirty-seven years old buying all of this s*** from the WWE website.”

Bhatti goes deeper: “They’ll clock it up as this is a thirty-seven year old fan. This is our biggest spenders.”

“Five percent if anything will be for me. Nothing. It’s always for Austin (Bhatti’s child).” “This has been sold to Vince (McMahon).” “From my understanding, this (Nick Khan) is the only guy that Vince will 100% listen to.” Billi finishes by saying.