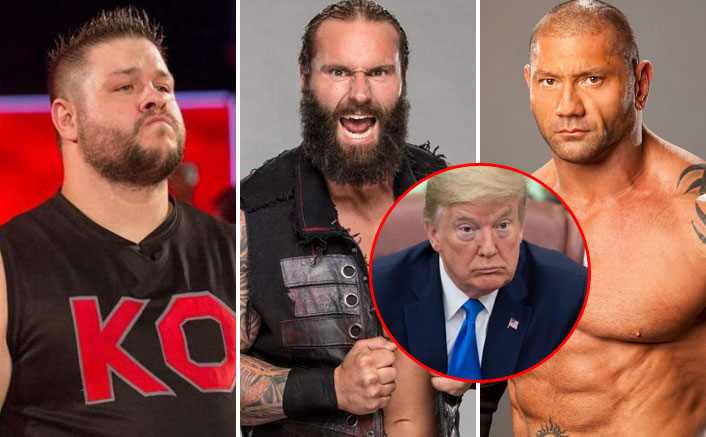 The riots and protests for the death of George Floyd, a victim of Police Brutality, have spread throughout the United States of America. Many are channeling their anger and hatred towards President Donald Trump for his lack of action and usage of inappropriate words.

Jaxson Ryker of the Forgotten Sons took to his Twitter handle to show his support for President Trump.

Thankful for the @POTUS we have! God bless America. Built of freedom. Forgotten No More

However, Ryker’s tweet didn’t sit well with his peers in the wrestling industry. A furious Dave Batista called out Ryker publicly without naming him.

Not you.I was talking about my peer who had the nerve to post that ignorant ass tweet. Supporting a #fakepresident who is inciting violence and posing with Bibles like he’s a decent human being. Speaking the words of a dictator while people are being gassed in the streets. https://t.co/0yYFoS7FN1

I’m just keeping him nameless because he’s a sorry ass motherfucker who I refuse to let ride my coattails. He gets no love from me. He gets no rub from me. And if he would like to discuss it in person we have enough mutual acquaintances that he will be able to find me easily. https://t.co/IW25S376L4

Kevin Owens said that he didn’t want to argue about Ryker’s tweet itself but was disgusted by his usage of his pro-wrestling catchphrase in the tweet.

The freedom you speak of entitles you to speak your mind all you want. I’m not here to argue that. I just really need to tell you that I think you pushing your shitty wrestling catchphrase as all of this is happening is absolutely fucking pathetic.

Mustafa Ali said that he was glad that Ryker posted the tweet when he did because now he’s aware of Ryker’s stance. Ali criticized Ryker for praising someone who doesn’t acknowledge what the African Americans are going through.

I’m thankful you posted this because I’m now aware of what you stand for. When black brothers and sisters are crying, you praise someone that refuses to acknowledge their hurt. https://t.co/O4xm5L3Rpl