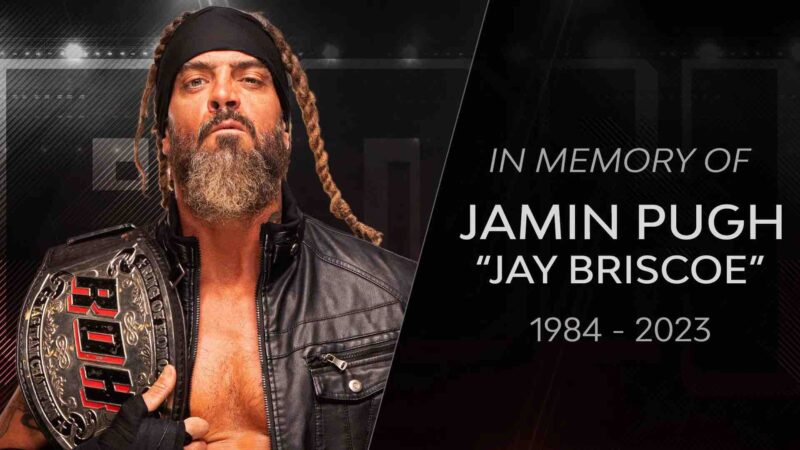 Jay Briscoe, one half of the Briscoe Brothers tag team passed away at the age of 38-years-old. Ringside News reported the emergency medical services log from the call where Jay Briscoe passed away. It appears that a woman also died at the scene. This story gets even worse as more information is revealed. It is believed that Jay Briscoe’s daughter was also in the wreck, and she was referred to as a “critical pediatric” in the log.

Jay Briscoe’s wife, Ashley Pugh has confirmed the same and sent out a heartfelt Facebook message. She asked for prayers as their daughter, Gracie, was going into surgery.

Their other daughter, Jayleigh, is also dealing with some serious injuries. You can check out her post below.

“We need prayers! Gracie is on her way into surgery on her back,” Pugh said. “Jamin would want the whole world praying for his little girl. WE BELIEVE IN THE POWER OF PRAYER!! Pray for the doctors and everyone working on her! Pray for her precious legs to move again! Pray for Jayleigh who has some pretty serious injuries, but is stable and resting! Pray for Gannon waiting at home! Pray for strength for all of us! We have a long long road ahead of us!”