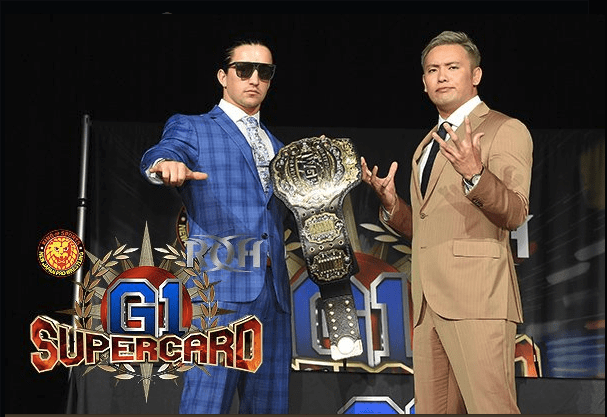 IWGP Champion Jay White and Kazuchika Okada did a contract signing event for their match at G1 Supercard yesterday.

During the event, Okada said that even though there’s a lot going on in the wrestling world during WrestleMania weekend, New Japan Pro Wrestling will prove to America that they are the very best. He also plans on making sure that the IWGP title match comes out better than the ROH Championship match at G1 Supercard.

They both start trash talking each other when Okada said that he has plans to beat White and become champ once again.

White replies back with a question for everyone. How was he able to beat Okada twice even though he is considered the best and is the fan favorite? He also questions why the new IWGP belt doesn’t have his nameplate. White doesn’t feel respected.

Here is the new design of the title if anyone’s wondering: 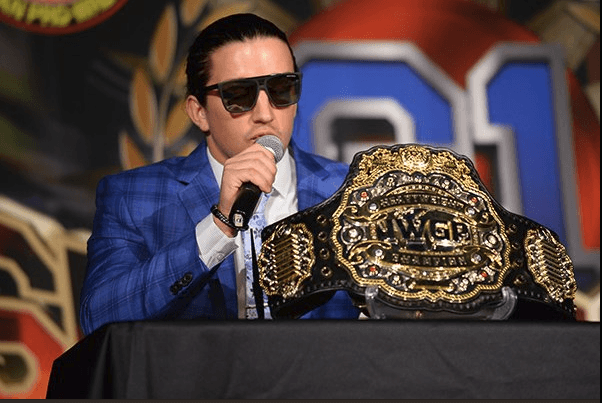 White then continues with the heel promos and says that Okada has gotten soft and it’s going to be easy for him to beat Okada because Okada cares what the fans think about him. He finishes by saying “There’s a hopeful feeling that you’re going to win and be champion again. I can’t wait to suck the air out of the building and walk out of the world’s most famous arena still as champion because I am the best that there is.”