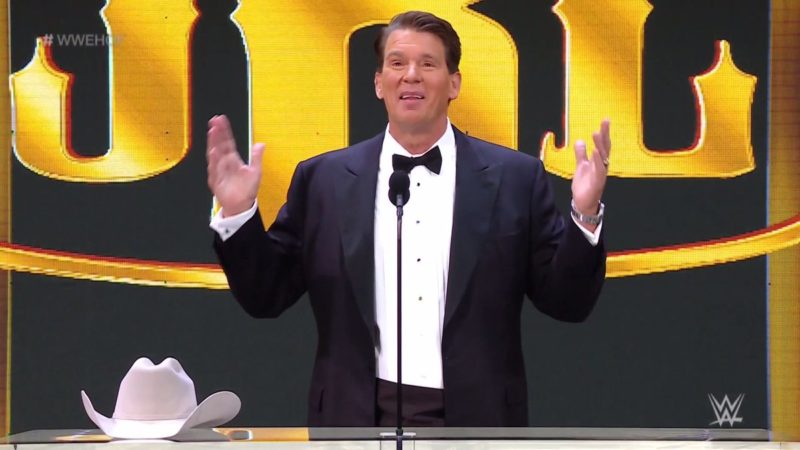 JBL was called out a few years ago for his perceived bullying of announcer Mauro Ranello on Smackdown. Former WWE writer Vince Russo has also frequently called JBL a bully, and created the ‘Brawl for All’ concept just to see if someone could take it to JBL.

PWInsider recapped part of JBL’s acceptance speech, “He then praised Ron Simmons for their run with APA, which was them “toned down” for TV. He said that John Cena ended his historic run and if you are going to end a run, you should do it with someone who is a credit to the business like John. He said WWE allowed him to go all over the world and work with charities. When he’s asked what he would do over again, he said every bit of it.

He’d love one more time to stand in the ring and hear VIVA LA RAZA and watch Eddie Guerrero come out or feel the lights go out and DONG DONG and The Undertaker comes out. He’d like to be in some podunk town no one has ever heard of and getting into a car with Ron Simmons, The Godfather and Teddy Long with a bun ch of beer and go off enjoying the right.

He said that he wanted to say to everyone who thinks he might have ever wronged them or said something offensive in the locker room, cry me a river snowflake because he’s a Wrestling God in the WWE Hall of Fame.”

JBL gave Eddie Guerrero complete credit for the JBL character, even saying about his late friend, “JBL would have never existed if it hadn’t been for Eddie Guerrero.”