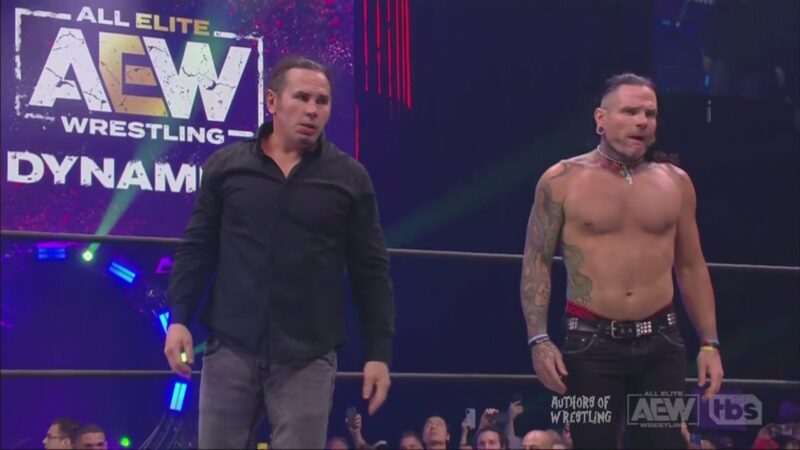 Jeff Hardy has been removed from all AEW promotion ahead of his scheduled Dynamite ladder tag team match.


Dave Meltzer said, ”While AEW has not said anything publicly WarnerMedia was told to stop all promotion of Jeff Hardy in any commercials or anywhere else immediately.”

John Cena is set to make his return to WWE on June 27 to celebrate his 20th Year with the company. He is also in talks with WWE for a match at SummerSlam. It turns out the announcement of his return has added a boost to the ticket sale of the company.

WrestleTix noted on Patreon that WWE only has 446 tickets left for their Laredo Texas show. That number was helped out dramatically by John Cena’s announced return, because they’ve moved over 1,300 tickets in the past 6 days since the announcement.

They moved 1,354 tickets in the past 6 days since the announcement of Cena’s return for this episode of Raw. Still plenty of sections to be opened up (many sections on the hard cam side not yet opened). You can see scalpers bought up the upper left section near the edge of the stage. Resale count is 342.

We will have to see what happens with John Cena’s television return. Cena, in a recent WWE Playback video, said his first interaction with McMahon resulted in the Chairman ordering him to cut his hair:

“I found out at 2:45 in the afternoon that I’d be wrestling Kurt Angle. I had one meeting with Mr. McMahon before this. I was pushed into his office and Michael Hayes asked, like, ‘What do we do with this?’ Mr. McMahon’s first sentence to me, it was a short meeting. He said, ‘Cut his f*cking hair.’ Then I was out of the office.”

.@JohnCena breaks down his unforgettable WWE debut against @RealKurtAngle from 20 years ago on #SmackDown in this #CenaMonth edition of WWE Playback. pic.twitter.com/7NMVdZeZ1U