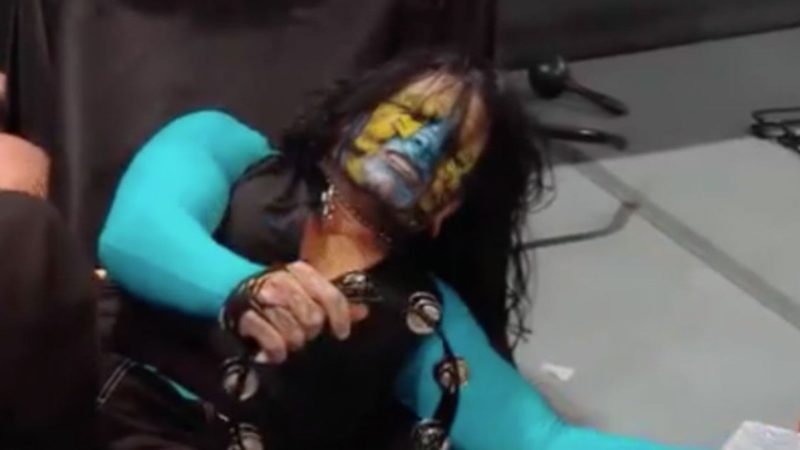 Jeff Hardy has had one of the longest known stints with drugs in wrestling. Obviously, I’m not saying that in a demeaning way. Jeff is a great worker who has issues and has done all he can to fix the issues. However, as great as Jeff is, he does earn less than Matt.

I’m sure everyone remembers the worst wrestling match of all time. I am of course talking about the match that featured Sting and Jeff Hardy in 2011 for TNA’s Victory Road PPV. Eric Bischoff recently spoke on this via the 83 Weeks podcast and has some great insight on what happened that night.

Eric: “Jeff’s MO at the time was to get to Universal Studios, check-in and go hide until he was absolutely necessary [to come out] and it was either interview or match time. To this day, I don’t know where he hid. He’d show up, wave and hide until 6 o’clock. I think on this night it’s safe to assume he was hiding wherever he was hiding and doing whatever drugs he brought with him.”

Eric continues about the thought process after Sting and Jeff were in the ring: “There were two things that crossed my mind and they happened simultaneously,” Bischoff said. “My first thought because it seemed like the most easiest, direct line between A and B, was for me and my heel character to go out and knock him out, just drop him and then have the referee call the match and disqualification.

By the time I walked through the curtain, got half way down the aisle, I realized that wouldn’t work because the No DQ thing. So I started improving a story and laying out a promo. What I was trying to do was buy time to figure out how to communicate to Jeff, the referee and Sting. Now I got to rewrite the show while I’m in the ring and the show is happening and one of the people in the match is completely disabled and unable to continue. So, I did what I did.”

Jeff has since cleaned up.