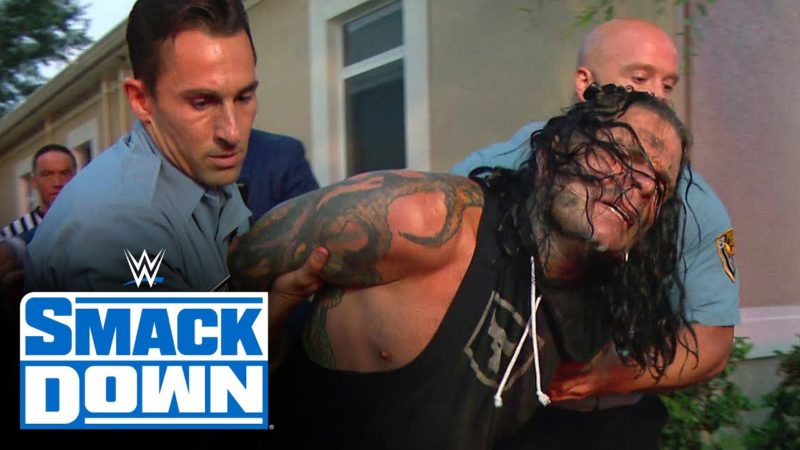 Jeff Hardy is currently engaged in a feud with Sheamus. The feud focuses on Hardy’s troubling history of addiction. A lot has happened in the feud, including a segment where Hardy threw urine at Sheamus, which many fans did not like. It was also censored on FOX. It seems this feud reminds Hardy of another one he had in the past.

Jeff spoke to WWE The Bump, where he discussed his feud with Sheamus, comparing it to the feud he had with CM Punk back in 2009.

“It’s definitely a huge motivator, man. Because we’ve been doing a documentary, too, my Chronicle [special] I think will be out soon. And it’s real deep and honest and, you know, open. So yeah, it’s been an asset, I think. Because over the years, since my early 20’s, I’ve been in and out of addiction and alcoholism, whatever. Just, the roller coaster ride of good and bad.”

“And man, sadly but in the same sense, creatively it’s been a power for me. Because even back in the days of feuding with Punk — it kind of reminds of that, this deal with Sheamus. And it can be extremely uncomfortable at times, but that’s when I gotta stay strong in my beliefs, and where I am right now, and what I am right now. And not let anything under my skin to the point of like, ‘I can’t do that, I can’t do that.’ I think it’s gonna help a lot of people that I never meet in this lifetime, just by watching me on TV and hearing what I say and sharing my experience. So yeah, it’s a huge motivator.”

From the current direction of the feud, it is likely Sheamus and Jeff Hardy will face off in a bar fight. Perhaps we could see it at Extreme Rules.