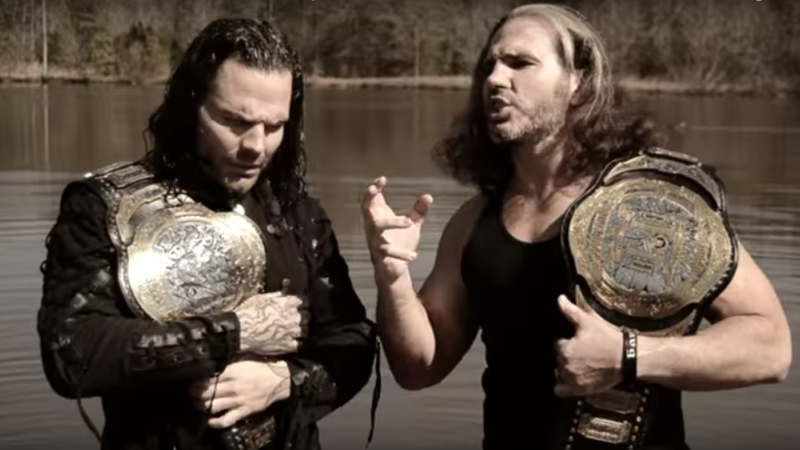 Matt Hardy has revealed that he is ‘much richer’ than his brother Jeff Hardy in a new tweet. Matt Hardy just teased a WWE return for a dream match.

Matt, who is recently revived his ‘Big Money Matt’ persona in AEW and Impact Wrestling, responded, “Sweetpea, Big Money Matt is NOT a gimmick, it’s real life. There’s only 2 multimillionaires from Cameron, NC & I’m much richer than my brother.”

Eric Bischoff discussed Matt Hardy having personal issues when he first debuted in TNA in 2011, and compared them to Jeff’s problems on a new 83 Weeks podcast.

“He had his own issues. He was out of shape when he first got to TNA, he was horribly out of shape, embarrassingly bad. The things that one would see on YouTube or social media would really make you wonder what the hell do [The Hardys] do in their free time. What drugs are those?

There’s no other way to look at it. It was wacky s**t. I wasn’t a fan of Matt when he came into TNA because of that, he was inconsistent. I wasn’t a big fan of inconsistent performances, he was troubled as was Jeff to a different degree. Perhaps [Matt] wasn’t able to make headlines but it didn’t mean he didn’t have similar problems or issues. All I can tell you is that his behaviour, appearance and inconsistency led me to believe that he wasn’t healthy.” Wrestling Inc transcribed Matt’s comments.

Sweetpea, Big Money Matt is NOT a gimmick, it’s real life. There’s only 2 multimillionaires from Cameron, NC & I’m much richer than my brother. https://t.co/0NxNLRdu2t