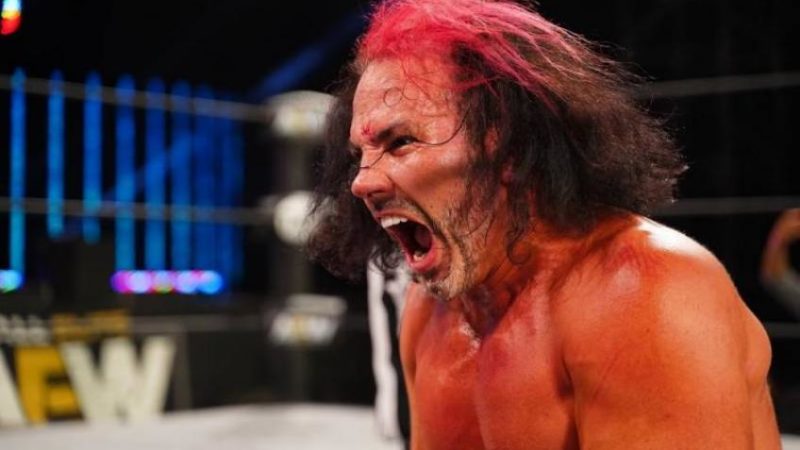 Jeff Hardy, the WWE star during a recent interview with Metro, opened up on his brother Matt Hardy’s scary bump at AEW All Out pay-per-view last year.

A scary spot was witnessed by the fans during the Broken Rules Match between Matt Hardy and Sammy Guevara at AEW All Out.

Both the stars were at the top a scissor lift and they fell through a table. But Matt had a rough landing and hit his head hard on the concrete floor, knocking him unconscious.

Check out the clip here.

The match initially was stopped but later was resumed as apparently Matt was okay to continue.

Now, Jeff had watched the All Out event from home saw Matt’s scary fall. He recollected his reactions to the spot.

“Terrifying! When he tried to get up and then he fell down – when you hit your head hard, that’s scary stuff… That was scary, man, with Matt – flesh on concrete, it was scary when he couldn’t walk. Gosh, man – thank God he’s OK, but that’s part of the game.”

Both the stars have popularized these dangerous spots and fans are overwhelmed whenever they execute such life-risking spots.