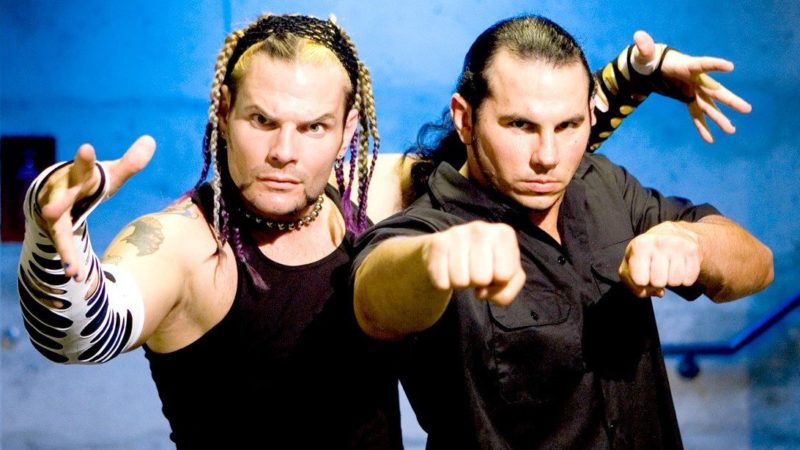 The Hardy Boyz are set to reunite. But, that won’t be inside a squared circle as of now. The AEW star Matt Hardy took to social media to announce the first appearances of The Hardy Boyz since Jeff’s release from WWE in December 2021. On March 13, the brother-duo will be visiting Zombie Hideout in Springfield, MA to sign autographs and meet with fans. The next day, they travel to Lafayette, NJ to meet more fans at the Pandora’s Box toys & collectibles store. Previously, Jeff Hardy’s WWE paycheck was leaked.

It has been noted that Jeff Hardy is under the non-compete clause which restricts him from working with another wrestling company until Match 9 of this year. Interestingly, this will be around the same time he is scheduled to begin making appearances with Matt Hardy.

Matt Hardy opens up on The Hardy Boyz reunion

During a recent appearance on The Drive with Josh Graham, Matt was asked about the possibility of Jeff joining him in the AEW. Matt entertains the idea and pointed to how The Hardy Boyz always intended to finish their careers as a combined force.

“That would be fabulous,” Hardy said. “I know both of us have stated on quite a few occasions that we both want to end our careers the way we began our careers. And that is as a tag team. That was our dream, as two kids growing up, we wanted to be the tag team champions of the world, at least one time. Obviously, we have very fortunately exceeded that many times over. But I think us teaming together and having one last run as a tag team would be amazing. And I couldn’t think of a better place to do it than All Elite Wrestling.

“One thing I have to say about Tony Khan, I can’t put him over enough for this, he is so good and so great at treating legends like legends. And he has such a smart utilization of talent. I cannot commend him enough on it. That’s why AEW has been so successful because Tony Khan has been the guy in the driver’s seat. He has really been putting out a smart product, where he rewards all the wrestling fans in 2021 that are willing to invest a lot of time to watch a product and watch a storyline, watch a rivalry. He always gives them a payoff that’s going to reward them.”