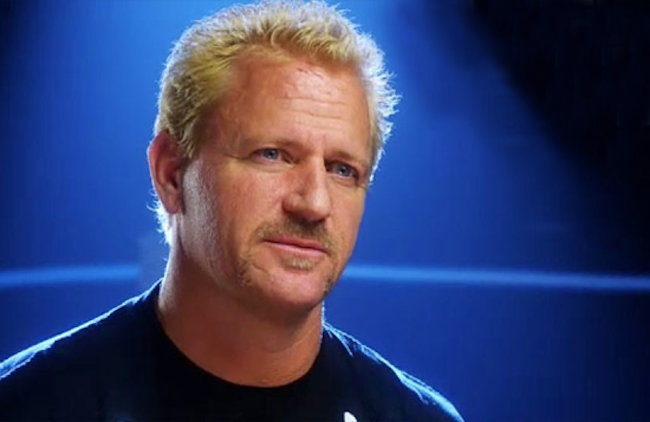 The King of Mountain has completed his rehab.

Here is just some of what’s on tap for tonight show:

The King Of The Mountain Championship will be defended in the main event. Who is competing in the match tonight? Jeff Jarrett knows the answer and it seems like will keep us guessing until IMPACT goes on the air tonight. Rest assured that this match will be explosive. 5 men will compete and they must qualify to win the title by scoring a pinfall or submission on any of the participants in the match. If a competitor is pinned or submitted then he must spend 2 minutes in the penalty cage. Qualified competitors are allowed to try and hang the KOTM Championship above the ring.

Many fans consider The Wolves, Davey Richards and Eddie Edwards, as the best tag team in wrestling today. Eddie and Davey will be defending TNA’s honor in a match against Global Force Wrestling’s Brian Myers and Trevor Lee. Will Lee and Myers be able to get bragging rights for GFW or will The Wolves continue to prove that they are one of the greatest tag teams on the planet? Find out tonight.

2-time TNA Knockouts Champion Awesome Kong and GFW’s Lei’D Tapa are on a collision course and it happens tonight on IMPACT. Tapa has been running roughshot on the Global Force Wrestling Grand Slam Tour and Kong has been dominating the Knockouts division. Tonight we might just find out who is the most dominant woman in wrestling.