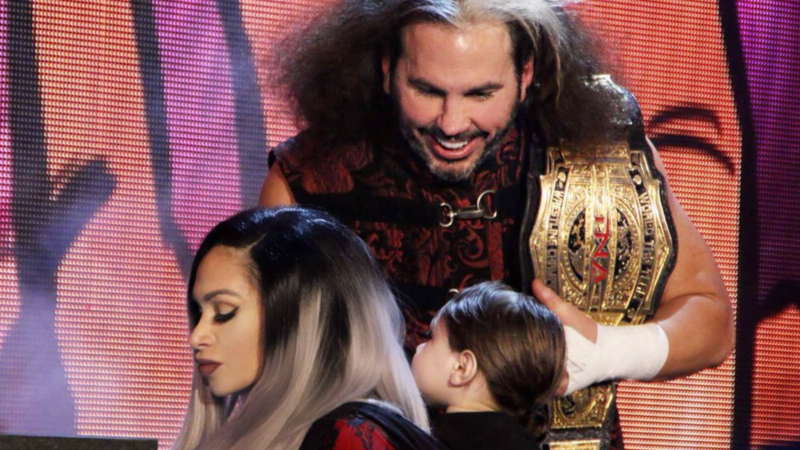 Jeff Jarrett took part in a media conference call this afternoon and was asked by Raj Giri of Wrestling, Inc. if the Hardys have acquired the “Broken” gimmick. Jarrett simply replied “no they haven’t”. On this past week’s episode of RAW, The Hardy Boyz dropped some references to becoming “obsolete” and “broken”. Time will tell if Matt and Jeff bring the gimmick over to WWE, but it appears that they are still locked in a legal battle with Global Force Wrestling over who has the rights to it.

Reby Hardy, wife of Matt Hardy, disagreed with Jeff Jarrett’s comments during the conference call earlier today and responded to Jarrett’s answer on Twitter. Reby claimed that there is an agreement in place and that the agreement also included a non-disparagement clause where they would have to pay Anthem Sports and Entertainment $5,000 for anytime she tweets something about GFW.

We had agreement terms as of LAST WEEK. Included non-disparagement clause to the tune of 5k every time I tweet something about TNA…

…but according to @RealJeffJarrett, there is nothing ? OKAY ! 🙃 Who's up for another run of #FuckThatOwl shirts ? They'll be up by 2mor.

I haven't said anything FOR WEEKS. Meanwhile, Jeff, Dutch & Ed all can't seem to be able to keep us out of their mouths. Snakes.