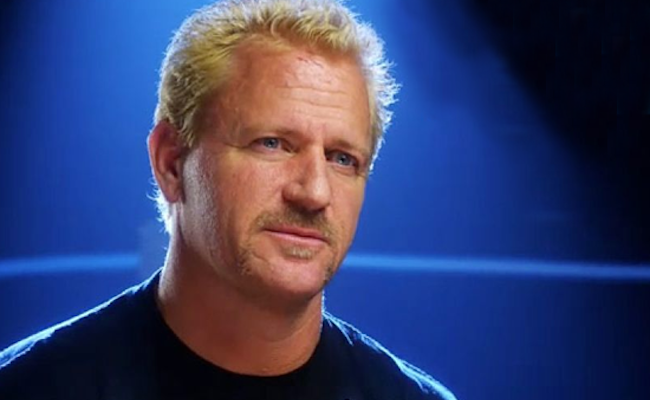 Jeff Jarrett was recently interviewed by Brian Fritz of Between The Ropes about Global Force Wrestling’s upcoming TV tapings, showing up in TNA again and more. Here are the highlights.

On the ‘Amped’ name for the GFW TV show:

You want to describe in a real short, consider manner what you want your consumer, you viewer to feel and Amped touched on many of the bases. On the one hand, it’s not that big of a deal but on the other hand it’s a huge deal. So at the end of the day, I think it’s a little bit in between that. I don’t care if it’s called Raw, Smackdown, Nitro, Thunder, Impact, Xplosion, you can go on and on. What matters is what happens when you sit down in front of your iPad, your computer, your TV, whatever it is and do you like it. Do you like the content. That determines the success of the show, certainly not the name of it.

On whether or not he will show up at the upcoming Impact TV tapings:

Never say never. Those discussions are continuing to go on. Bobby Roode is going to be in Vegas next Friday (for the GFW TV taping). Eric Young was just on this loop. It’s very obvious that the relationship has not ended. Where it’s going to go is TBD. It truly is TBD. I think both side will continue to bring their respective fanbases along for the ride.