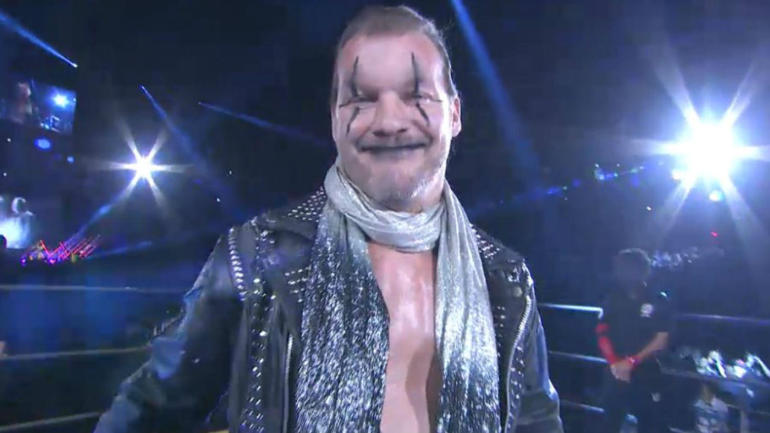 Chris Jericho is in a very unique position as a pro wrestler – the new IWGP Intercontinental Champion with a stellar reputation in New Japan, and still holding enough clout to be welcomed back by WWE with open arms for regular appearances. He is however walking the proverbial tightrope and elaborated on that further and why Vince McMahon hasn’t contacted him yet to stop the non-WWE work. Jericho also mentions that he has had the opportunity to cross that line but doesn’t want to do that… just yet.

You guys have to understand, this is not just me – this is a calculated, big money proposition. Big money for me, big money for the company with what we’re doing. I’m not going to work anywhere else, unless you want to pay six f***ing figures. I’m not bragging, but this is where we’re at. This is McGregor-Mayweather type $#!+ for me. I’m not saying I’m making $55 million like those guys did, but for what I’m doing it’s the most I’ve made for the least amount of matches in my entire career. So, it’s very calculated, everything I do has to be very smart.

So it’s not a matter of just going out and doing indies – and like I said – I always felt like the unwritten rule is I don’t want to go into the States. I felt like that would be a real slap in the face to Vince. You know if it ever came down to it and something went down with us, I probably would do a show in the States and we could probably fill the Cow Palace if it was Jericho and Kenny [Omega] rematch, or whatever it may be. All In – I’d love to be a part of that, but (a) it’s in Chicago and (b) I can’t – at the risk sounding like an @$$hole, but I can’t lower my value by working one of these shows. It’s picking my spots with the right guys at the right places for the overall contract that I’m signing.

I’m doing all these different things and enjoying the freedom, but still rooted in the respect for Vince McMahon and the WWE. And I don’t want to do anything that goes too far over that line – right now.”

We could soon be approaching the point where McMahon and Jericho could have a confrontation and it will be interesting to see how far over the line the ‘Ayatollah of Rock ‘n’ Rolla will go.