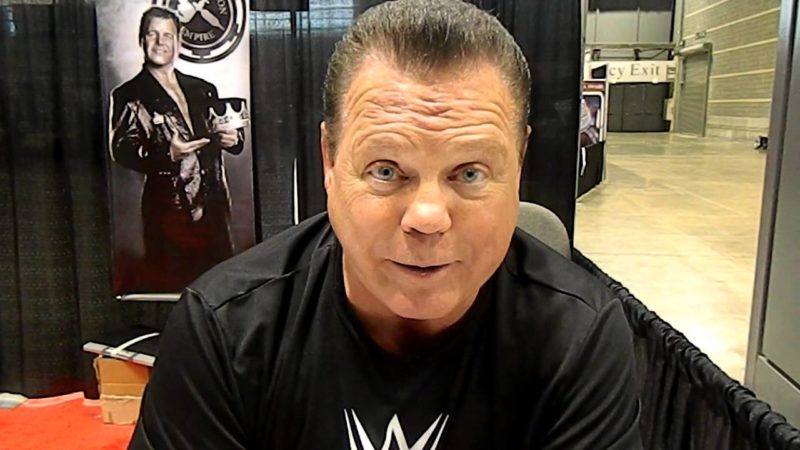 Not one to ever hold back, Jerry ‘The King’ Lawler took to twitter to stir the pot with Nia Jax.

Jerry Lawler has always been known for his crass sense of humor that fit perfectly in the days of the ‘Attitude Era’. With a PG driven audience; it’s hard for Jerry to fit in anymore.

‘The King’ found a loop “hole” around the PG era by still voicing himself as he pleases via his Twitter account.

On Twitter, Jerry took a photo of a blue sky. While that wasn’t the issue, Jerry then noticed a separation of clouds and captioned “Saw this hole in a cloud today in Memphis and immediately thought of @NiaJaxWWE”

Jerry’s tweet, of course, coming after the viral sensation of Nia Jax screaming “My hole!” after missing a leg drop on the outside of the ring during a match between Lana and herself.

The phrase screamed by Nia went so viral that the hardcore legend, Mick Foley even tweeted: “MY HOLE” could be the “AUSTIN 3:16” for a new generation! I expect a new @NiaJaxWWE #MyHole t-shirt by Thursday! #RAW“

To Mick’s surprise, T-shirts with the phrase were available just moments after the phrase was uttered by Jax.

Saw this hole in a cloud today in Memphis and immediately thought of @NiaJaxWWE pic.twitter.com/tD2uMHHzyb