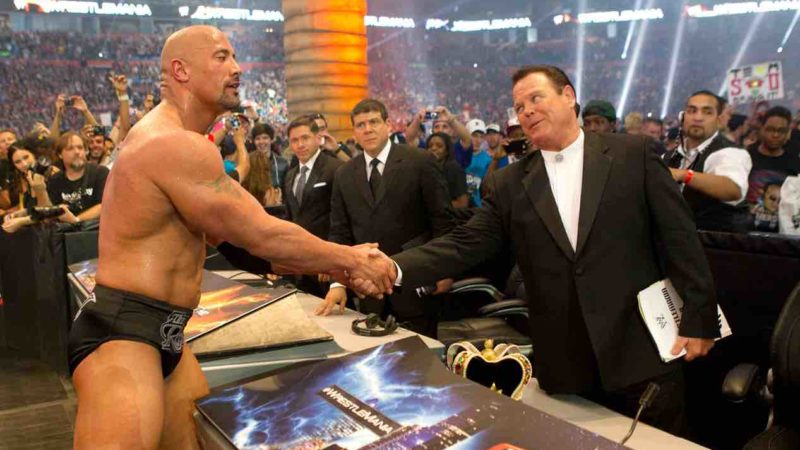 Jerry ‘The King’ Lawler laid it down on The Rock on Twitter. Will The Rock respond to this assumption?

Jerry ‘The King’ Lawler took to twitter to promote and call out The Rock recently. The Rock’s show “Young Rock” has just released.

‘The King’ responded to a tweet and a short video from a fan that said: “This is ‘The King’s’ elbow, right? @jerrylawler” (The video included was Jerry dropping an elbow.)

Jerry tweeted back to the fan: “Speaking of #YoungRock this match of mine is from 1988. Do you think a 16 year old @TheRock may have been watching ‘The King’s’ elbow?”

While there’s no ill will at all between The Rock and Jerry Lawler, it was great to see Jerry responsive to fans and playing along even though the two elbow drops are extremely similar.

Jerry Lawler also used the hashtag #youngrock in his tweet as well as it was trending. “Young Rock” is The Rock’s newest sitcom which has opened with some surprising numbers.

“Young Rock” was one of the most watched shows on NBC on Tuesday.

Speaking of #YoungRock this match of mine is from 1988. Do you think a 16 year old @TheRock may have been watching the "King's Elbow?" https://t.co/EiZGp3beUz